Did Our Solar System Orphan a Gas Giant? 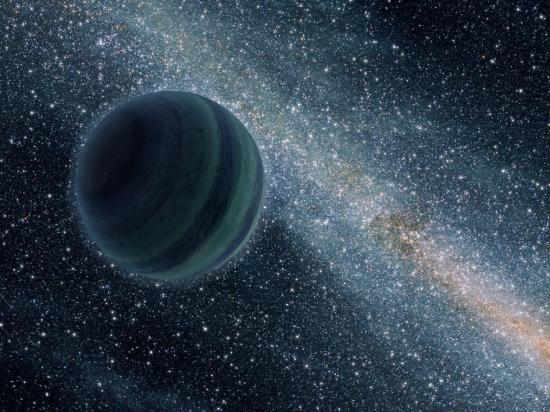 Hoping to gain insight into the formation of our solar system, researcher David Nesvorny decided to run a series of simulations on his computer.  In the course of his research, however, he found that we may be missing a planet that was key to how solar systems came to be.

The planets and their orbits may seem like an eternal dance from which there is no deviation, but that’s only from the perspective of our middling human lifespan. Over billions of years, the planets pulled and pushed one another before they came into the configuration we recognize today. Using his simulation, Nesvorny found that our solar system only came to be a scant number of times. However, when he added in a fifth gas giant with mass on par with Uranus or Neptune, our solar system was 10x more likely to be produced.

In his simulation, Nesvorny required that the current planets survive, match their present orbit, and that the terrestrial planets survive. This last point is not so trifling, considering that we live on one of those planets.

The obvious question, of course, is what happened to this fifth gas giant? In his work, Nesvorny suggests that it perhaps became entangled in Jupiter’s massive gravitational field and was flung far out of our solar system. This may seem farfetched, but recent studies have presented compelling evidence that so-called orphan planets are incredibly common, perhaps outnumbering the stars.

Of course, this is all a numbers game. Nesvorny did manage to produce the existing solar system without another planet in his simulation, albeit it was statistically unlikely. If we’re just going to go with the odds, it could mean that our little planetary family has a long-lost brother.

(via Scientific American, image via NASA)