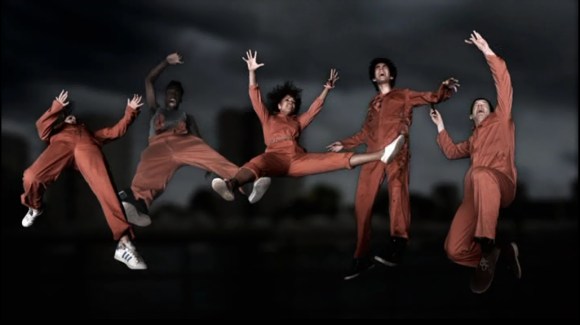 File this under Things That Must Be Stopped Immediately: Josh Schwartz, creator of shows including The O.C., CW‘s Gossip Girl, and NBC‘s Chuck, has apparently finalized plans to work with Misfits creator Howard Overman to develop an American version of the show. If you’ve ever seen the show, which airs on the E4 channel in the UK, you’d already know how horrible an idea this is. If you haven’t, well, you know how well American remakes of British TV shows usually go. Are there exceptions? Absolutely. Will Misfits be one of them? Only if they can use that really dirty c-word. And let’s see … nope. We still cannot do that here. Great.

This is what has happened so far and what the plan is: Schwartz will team up with Overman to work out a first draft of a pilot. This will be completed by the end of this year or the beginning of next year, at which point, they will begin shopping it around to networks. No word on who will write this script, what the format will be (the original is an hour long), or what networks they’ll be courting, but if this does make it to network TV, it’s going to be a shadow of its original self. And that’s terrible.

Yes, British shows have been remade into American shows and found success — The Office, SyFy‘s Being Human, Three’s Company, numerous reality and game shows. But for every one of these imports that is a success, there is Coupling, Free Agents, Viva Laughlin! (based on Blackpool), AbFab, As If … you get the idea. (Also coming soon: the American Inbetweeners.) Generally speaking, shows that are very dependent on the culture of the U.K. (and its liberal nature) feature humor that is lost in translation when the American version is written. (Can you even imagine America trying to make its own Doctor Who? And no, I am not comparing Misfits to Doctor Who, but still. Still.)

If Josh Schwartz was going to be making a show using only the most bare-bones elements of Misfits without actually calling it “Misfits,” that might not be such an issue. The premise of delinquent young adults gaining superpowers during a freakish storm is very appealing — making superheroes out of the last people we’d expect or want to become superheroes. The show has found huge success on Hulu, ranking as one of the site’s most streamed shows and accumulating about 9 million views since this past summer. But Schwartz wants to make an American Misfits, a show that is so definitively British. Overman was asked last year about his feelings on moving the show to an American setting, and he is skeptical about it:

“… The idea was always to do a very British take on the superhero genre… and would that translate back to America? I don’t know.”

Here is why this is such a bad idea:

Misfits has drawn comparisons to Skins — another British show that America tried to copy, but didn’t succeed — for its gritty depiction of teen sex. And we know how well America responds to any sex on TV, let alone that of the teen variety. Simply put, the sexuality and nudity that is a rather significant part of the show (a part that has made it so well-known for being so raw) would never fly on American television, especially not on network TV. That, plus the language, would render it premium cable territory only.

It’s easy to see why adapting Misfits would be so attractive. As I said, the premise is interesting; it’s even been compared to Buffy the Vampire Slayer for its combination of sci-fi/horror and sharp wit. Across the pond, the show has won the BAFTA for best drama series, and it’s been so successful at developing characters who are incredibly flawed (even unlikeable) but still sympathetic and entertaining to watch.

But when stripped of its most stark, unforgiving, and racy elements, it just won’t be Misfits anymore. Describing the show to those who haven’t seen it, New York Magazine says to “Think the good, first season of Heroes with Buffy-esque snark and a similar Scooby-ish gang.” But as great as that sounds (and it’s a pretty accurate description), they’re forgetting something about what set Misfits apart: its unapologetic raunchiness.

If Josh Schwartz wants to make a show loosely based on Misfits about a bunch of working class teen superheroes who barely even want to be superheroes or don’t know how to use their powers for unselfish reasons, then that would be fine. That could even be great. But it can’t be Misfits. Because it is nothing without a character like ultra-chav Kelly Bailey, whose Derby accent needs subtitles, and Nathan Young, who can barely breathe without saying the word “cunt.” (We don’t even have chavs. You know what we have? These things.)

No, really: Watch this scene, which I’ll warn you is very graphic and pretty much everything about it is NSFW, and tell me how in the name of sweet sassy molassy they’re going to water this down for American television while maintaining everything that’s uniquely demented about it:

I rest my case.