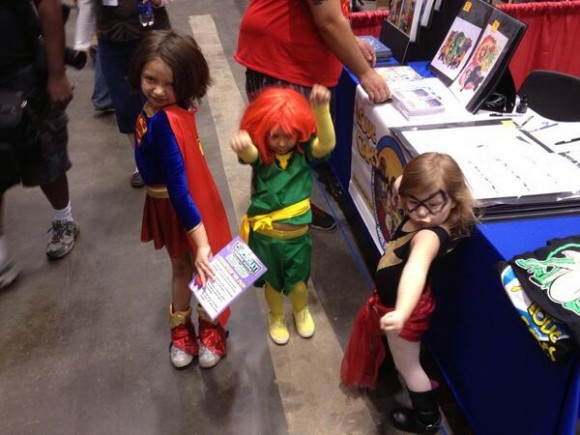 According to Amy Ratcliffe at Fashionably Geek, they also provided their own “POW!” sound effects to complete the look. They are all fabulous but Ms. Marvel in particular is almost too much to handle.