Soon We Will All Have Diamond Teeth, No Grillz Required | The Mary Sue

Soon We Will All Have Diamond Teeth, No Grillz Required

Let's just all agree to keep gold out of our mouths, alright? 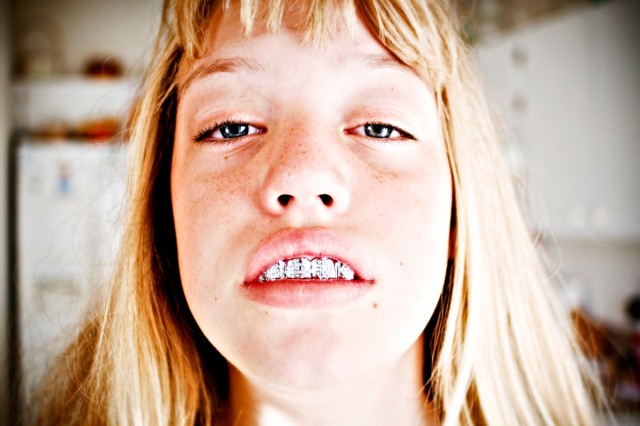 If you’re not a hip-hop superstar or Miley Cyrus, chances are you’ve never had (or wanted) to rock a diamond grill. Thanks to science, however, it sounds like we’ll all soon be wearing some bling on our teeth – for the benefit of our health.

Nanodiamonds (which are apparently totally a thing) are invisible to the human eye – only about four to five nanometers in diameter – and shaped like teeny-tiny soccer balls. Made of diamond.  Not content with having access to invisible diamonds, like some sort of psychotic Bond villain, scientists from the UCLA School of Dentistry and the NanoCarbon Research Institute in Japan have decided that these baby diamonds could be used to improve oral health.

To fight back against osteonecrosis and other forms of bone loss – from implants or prosthetics, for example – dental surgeons often insert a sponge into their patients’ mouth which contains a protein that stimulates bone growth. These UCLA scientists have discovered that, by using the nanodiamonds as a delivery system, the proteins become super effective.

Nanodiamonds have also been proven to effectively treat multiple forms of cancer, so there’s pretty much nothing they can’t do. You can sign me up for some blingin’ mouthwash ASAP, thanks!

(via UCLA Newsroom, photo via Cyndy)