Miles Morales Gets Soul-Glo Treatment in Spider-Man: Across The Spider-Verse (Part One)? 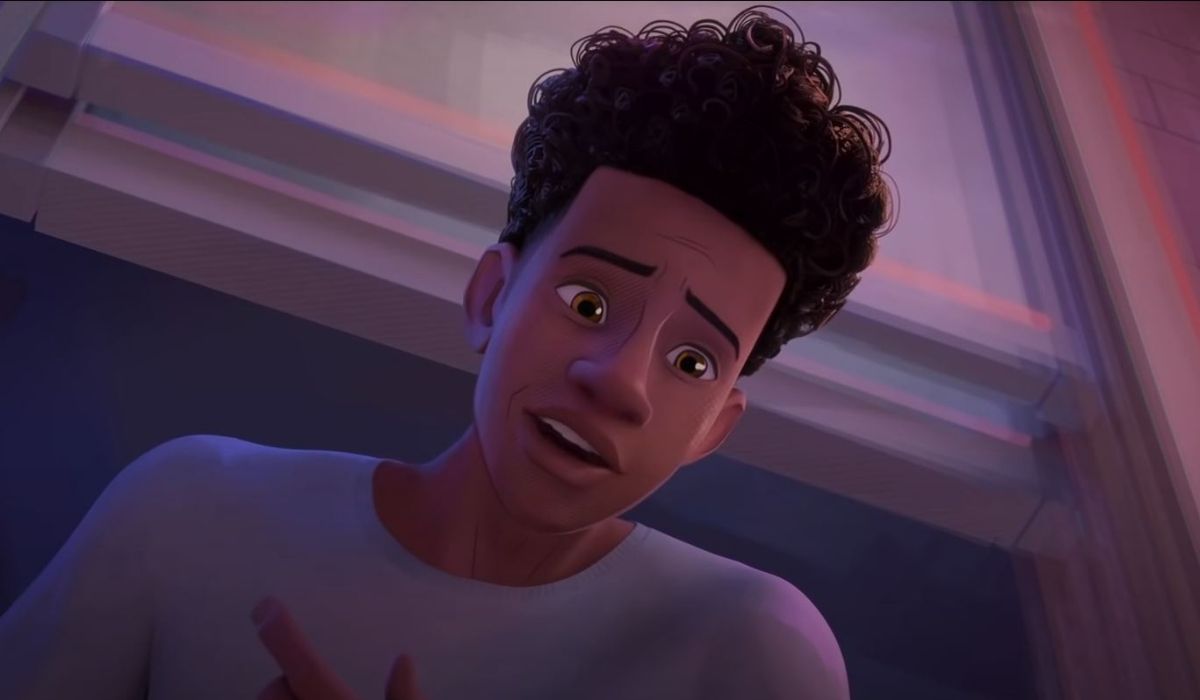 This weekend, Sony Pictures released a teaser trailer for the sequel to the Academy Award-winning animation feat Spider-Man: Into The Spider-Verse with Spider-Man: Across The Spider-Verse (Part One). Because Miles is visually aged up, Oscar Issac exists, and nearly every individual frame in this series is a piece of art, everyone began screen-sharing moments of the trailer.

It’s here that some began to see that Miles’ hair texture looks like it came from a different part of the Spidey-verse.

He went from 4b to 3b lol. Yoooooo… pic.twitter.com/9BGlummSQt

Hey Sony can you return his hair back to the way it was?

This last comparison (and others having a similar conversation) also prompted For All Nerds Alumni Host DJ Benhameen to create this meme of the teaser footage over Soul Glo music from Coming to America.

To all the defenders: no

Some of the defense of this change comes out of a general misunderstanding about hair texture, while others are straight-up anti-Black.

For example, some say something along the lines of “he is now showering, so his hair is nicer.” No, stop it. This attitude perpetuates the racist stereotype that kinkier and tighter-textured hair is dirty. This is why 3-4 hair types (especially women and femmes—and starting from a young age) feel pressured to get our hair straightened with chemicals (Just For Me), heat, weaves, or a combination of the three.

The change in Miles Morales’ hair texture may not seem like a big deal, but it is. It reinforces antiblack narratives surrounding texturism and the idea of “bad hair” or “pelo malo” which is already deeply engraved in Puerto Rican culture. It might seem subtle but it’s NOT okay. pic.twitter.com/oPj17dEIRx

There is no such thing as “biracial hair”

Others on the defensive point to the looser curls as a visual cue that Miles is more mixed. I use “mixed” and not “biracial” (even though some tried that) because being Puerto-Rican (his mother) or being Latinx, in general, is not a race. Latinidad is Black, white, and Indigenous heritage mixed to various degrees.

Now that Race/Ethnicity 101 is out of the way, there is no one way of looking multi-ethnic, biracial, etc.

That’s why people saying his hair texture being looser in the sequel cause he’s mixed is a reach to me … they just want him to be more palatable or it was a quick animation job to get a teaser out (hoping the latter). Either way keep the pressure so they fix it like Sonic movie

Just because those with a white parent and a Black parent (like myself) get the most representation in media, it doesn’t mean all people of multiple ethnicities look like us. (And we don’t all have similar features like texture, features, and skin color!) That expectation extends to Miles, whose parentage (racially not ethnically) is vaguely similar.

WHY ARE PPL FLIPPING OUT OVER A SMALL OBSERVATION? PLUS THE “He’s half Hispanic”? Y’ALL KNOW JACK ABOUT BLACK PPL HAIR 💀

HE LOOK “HISPANIC” IN THE FIRST PICTURE, AND THE 2ND ONE KINDA LOOK THE SAME WITH THE ADDITION OF THE SWIRLY SHIT BUT YOU CAN’T SAY IT DON’T LOOK LOOSER💀🤥 https://t.co/mybxAohuP9

This is so upsetting to me. Like very much so because there are barely any animated characters with hair like this. They literally changed his dna, for what? It’s not a little hairstyle change, it’s not even an art style change. His genes are different https://t.co/Iio8cDhObz

The only excuse I’m taking at this point is that all the events and massive radiation scenes from the first movie did something to his hair. This is not a serious theory; I’m just scraping the bottom of the barrel at this point. We’re all super excited to see this movie and hope that this either gets fixed or is both explained (by official sources or in the film) and adjusted narratively. This is especially pressing because they are working on Part One and Part Two simultaneously.