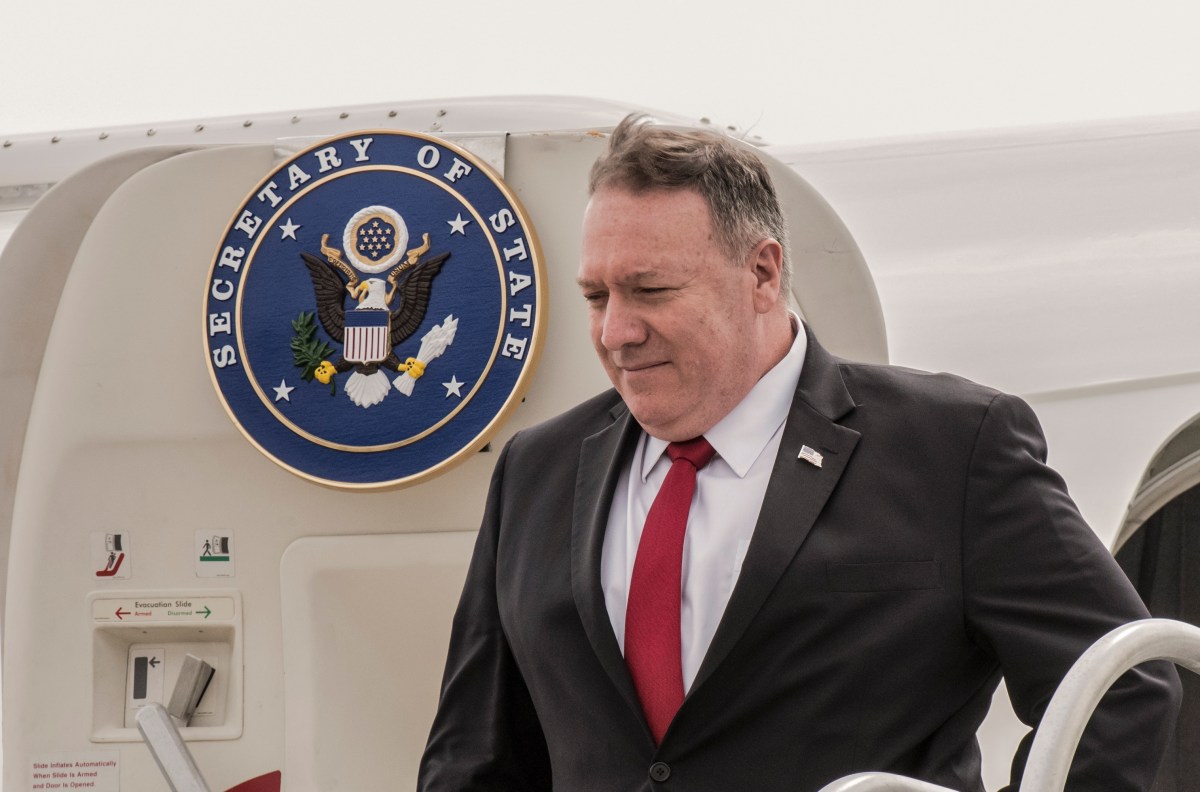 As they have demonstrated time and time again, the Trump administration has zero respect for journalists and the Fourth estate (except for Fox News, which is hardly an organization of journalistic integrity). This has been apparent in everything from Trump’s coining of the term “fake news” to the complete cessation of press briefings at the White House.

In the latest assault on journalists, Secretary of State Mike Pompeo is being accused of cursing out NPR journalist Mary Louise Kelly during an interview. The interview, which covered the U.S.’s relationship with Iran, was relatively stable until Kelly turned the conversation to Ukraine and the abrupt dismissal of Ambassador Marie Yovanovitch.

The incident happened during a taping of NPR’s “All Things Considered”, when Pompeo abruptly ended the interview after repeated questioning about Ukraine. According to Kelly, moments after the interview ended, an aide called her into Pompeo’s office, where the Secretary of State began screaming at and cursing out Kelly.

Kelly said, “I was taken to the Secretary’s private living room where he was waiting and where he shouted at me for about the same amount of time as the interview itself … He was not happy to have been questioned about Ukraine.” She then recounted the following:

“[Pompeo] asked, “Do you think Americans care about Ukraine?”

He used the F-word in that sentence and many others.

He asked if I could find Ukraine on a map. I said yes, and he called out for aides to bring us a map of the world with no writing. I pointed to Ukraine. He put the map away.

He said, ‘people will hear about this.'”

This of course follows the texts and messages released by Lev Parnas, which shows that former Ukraine ambassador Marie Yovanovitch was under surveillance by Trump’s goons.

There’s a lot to unpack here: Pompeo screaming and cursing at Kelly is is part of the disturbing and almost violent treatment of the press by the administration. It is also a toxic case of mansplaining, as Pompeo demands that Kelly point out Ukraine on an unmarked map.

Pompeo responded to the story by saying, “This is another example of how unhinged the media has become in its quest to hurt President Trump and this Administration. It is no wonder that the American people distrust many in the media when they so consistently demonstrate their agenda and their absence of integrity. It is worth noting that Bangladesh is NOT Ukraine.”

Kelly is not only an expert on national security, but she has a degree in government from Harvard and a master’s degree in European studies from Cambridge University. This woman can find Ukraine on a map. People are now suspecting that Pompeo meant to say Belarus instead of Bangladesh, which is thousands of miles away from Ukraine.

Either way, it is a pathetic attempt to smear an acclaimed journalist who was asking the questions that needed to be asked. Nancy Barnes, NPR’s senior vice president of news, said in a statement, “Mary Louise Kelly has always conducted herself with the utmost integrity, and we stand behind this report.”

This incident is a classic case of the Trump administration’s treatment of the press and anyone that disagrees with the party line. It is belligerent, ignorant, and threatening.

Still can’t believe the Secretary of State tried to pull an Oh You Like Pavement? Name Three Of Their Albums on a reporter who majored in Pavement in college

Think about that. He challenged her to identify Ukraine on a map. She did. He then got huffy, decided to lie about it, and in lying about it *got the name of the country he was lying about her actually identifying wrong.*

Everyone in this administration is THE WORST.