“Today we see the State Department attacked and hollowed out from within.” 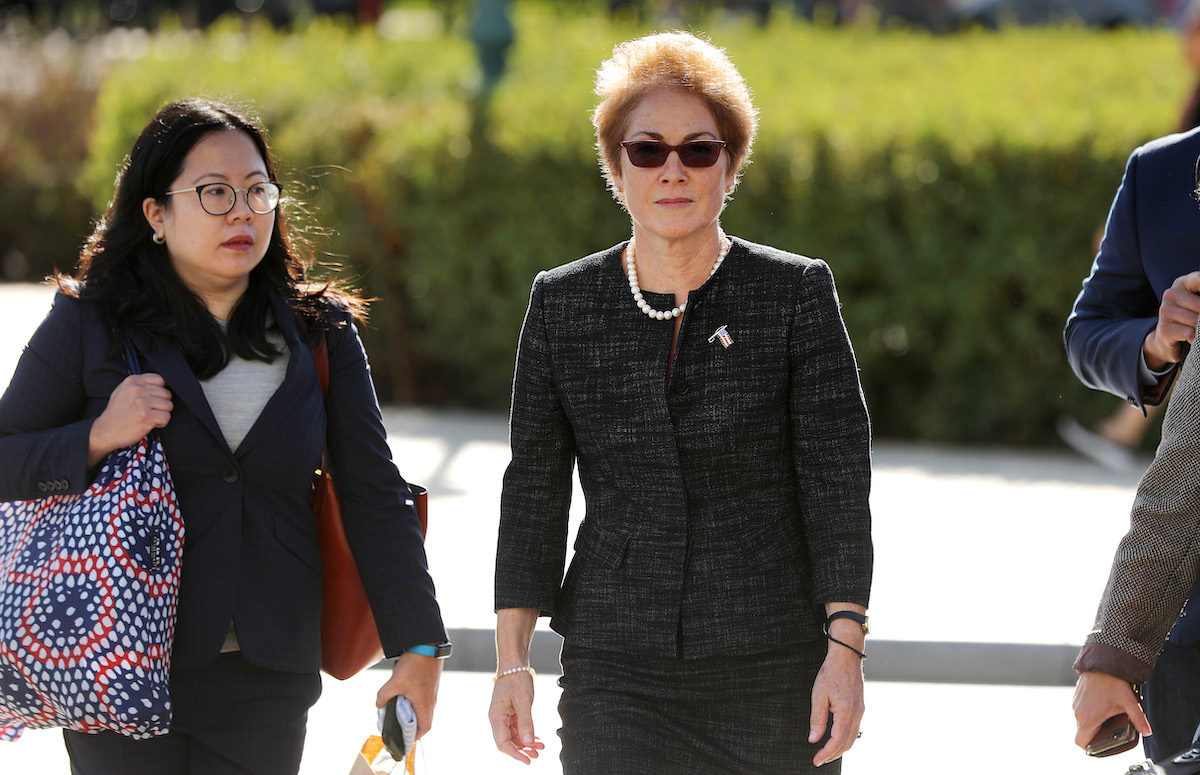 Part of Donald Trump’s refusal to participate in his own impeachment inquiry has been instructing those around him not to cooperate as well. We’ve seen his former staff claim “executive privilege” to keep from answering questions from Congress. The State Department has reportedly ordered employees not to talk to Congress and last week, Trump blocked the European Union ambassador from giving congressional testimony.

So it was surprising and exciting when Marie Yovanovitch, the former ambassador to Ukraine, appeared on Capitol Hill today without having to be subpoenaed. Not only did she appear for her scheduled deposition, but boy did she have a lot to say.

Yovanovitch was abruptly removed from her post earlier this year with very little explanation. Her interview was behind closed doors, but she submitted her written testimony to Congress, which was obtained by the New York Times and the Washington Post.

She wrote that she was “abruptly told in late April to come back to Washington from Ukraine ‘on the next plane,'” even though the deputy secretary of state John Sullivan told her that she had “done nothing wrong and that this was not like other situations where he had recalled ambassadors for cause.”

“You will understandably want to ask why my posting ended so suddenly,” she wrote. “I wanted to learn that too, and I tried to find out. I met with the deputy secretary of state who informed me of the curtailment of my term. He said that the president had lost confidence in me and no longer wished me to serve as his ambassador.”

Yovanovitch says she was removed “as best as I can tell, on unfounded and false claims by people with clearly questionable motives.”

One of those people she’s talking about seems to be Trump’s lawyer, Rudy Giuliani. “I do not know Mr Giuliani’s motives for attacking me. But individuals who have been named in the press as contacts of Mr Giuliani may well have believed that their personal financial ambitions were stymied by our anti-corruption policy in Ukraine,” she said.

Some of those other people with “clearly questionable motives” look to be the two associates of Giuliani who were arrested yesterday as they appeared to be fleeing the country with one-way tickets to Europe. Those men, Lev Parnas and Igor Fruman, have connections to Giuliani’s attempts to dig up dirt on Joe and Hunter Biden, and they were arrested on charges of violating campaign finance law. The two are accused of funnelling foreign money into the campaigns of rightwing politicians–including lawmakers who specifically wanted to get Yovanovitch (who did not love corruption as much as they seem to) out of the way.

In case it’s not clear, this is BIG TIME CORRUPTION STUFF.

Hopefully, by appearing today, she’s setting an example for others to do the same. Secretary of State Mike Pompeo’s senior advisor Michael McKinley just resigned, apparently at least partly because of his disappointment in the department’s support for Yovanovitch and others caught up in the Ukraine scandal. Trump’s former top Russia advisor Fiona Hill is scheduled to appear on Monday and Gordon Sondland, that ambassador Trump blocked from talking to Congress earlier this week, says he’ll testify next week.

Also, while Yovanovitch was testifying, The Daily Beast reports that more whistleblowers were coming forward with information pertaining to the House Democrats’ impeachment inquiry.

As for Donald Trump, he spent Yovanovitch’s time with Congress tweeting out as many compliments about himself as he could. Definitely the sign of an innocent guy with nothing to hide or distract from!

🎶 The plan was to write a total of twenty-five essays, the work divided evenly among the three men. In the end, they wrote eighty-five essays, in the span of six months. John Jay got sick after writing five. James Madison wrote twenty-nine. https://t.co/lJvznUqgpF