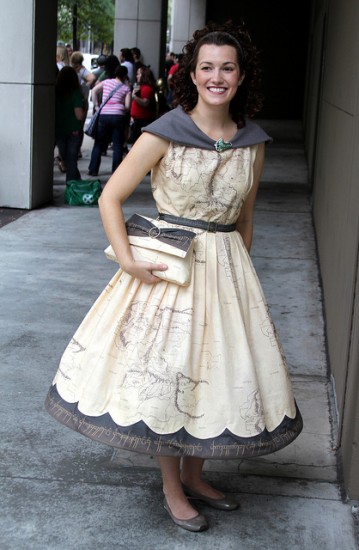 When J.R.R. Tolkien was writing The Hobbit or The Lord of the Rings, did you think he ever considered someone wearing the maps of the land he created as a dress? My guess is no. The photo was taken by Matt & Kristy on Flickr of an attendee at Dragon*Con. Ma’am, we salute you.