The LOTR Project Charts Exactly How Dude-Heavy Middle Earth Is 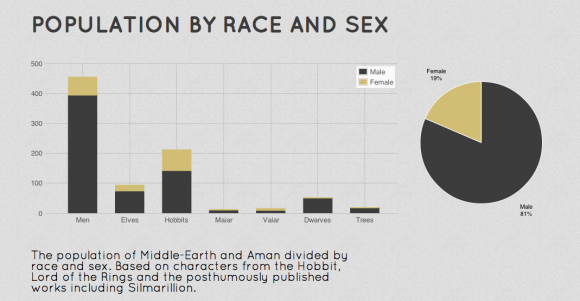 Emil Johansson of the LOTR Project has combed through Lord of the Rings, The Hobbit, The Silmarillion, and J.R.R. Tolkien‘s other Middle Earth-set works in order to chart the demographics—life expectancy, age distribution, and the like—of its denizens. It’s the gender breakdown that’s more up our alley, though. Only 19 percent of Tolkien’s named characters are female. No wonder Peter Jackson created Tauriel.