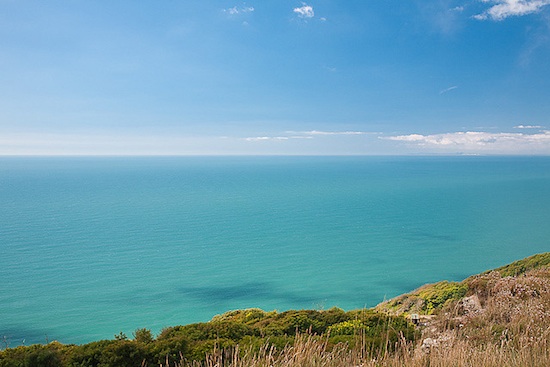 A researcher at Argonne National Laboratory is apparently just as sick of bar graphs as we are. Unlike us, though, Peter Larsen has the ability to do something about it. Rather than put together one more set of nicely labelled axes and set it adrift to be forever ignored, Larsen transformed a truly burly amount of data on the life cycles, locations, and concentrations of microbes living in the English Channel into jazz inspired musical numbers.

Since the data in question took into account multiple smaller factors like how much nitrogen they produced, researchers had a ton of data to work with. As it looked at populations over several seasons, that data was surprisingly jazz-like already, consisting of predictable patterns of data that have built in unpredictable variations.

This isn’t the first time we’ve heard data transcribed into music — Emory University grad student Alexandra Pajak, for example, has composed a lovely album by translating DNA sequences from HIV into musical movements. It’s a really interesting way to watch researchers turn their backs on traditional methods of presenting their findings and make an effort, however unorthodox, to find new ways of introducing their work to the public. If that effort also happens to be some rather pretty tunes to zone out to while waiting for Friday afternoon to be over, well, so much the better.

The results are really wonderful, and you should go listen to them, like, right now.

While we’re at it, why stop there? I for one would love to see an infographic translated into scratch and sniff form. Just maybe not one that has anything to do with the English Channel, though. That could get ripe.