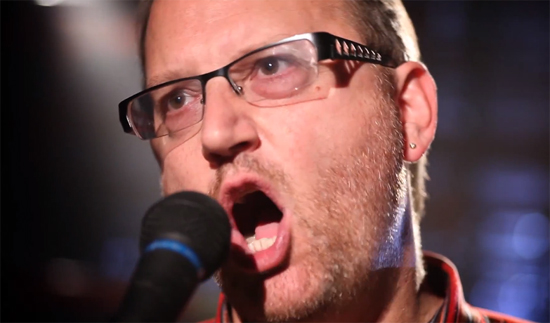 You don’t have to be a rocket scientist to know that BlackBerry, and by extension Research In Motion, hasn’t being doing so well as of late. It’s not news to us, and it’s not news to them. However, being a company on the decline doesn’t mean you’re out of business just yet. They’re still flailing about, trying to garner any attention that they can. It’s into this environment that they have now released a video of their leadership team, er, singing to developers. Seriously.

Specifically, the video includes this explanation:

This video is a thank you to all developers supporting the BlackBerry platform. Your Developer Relations, Alliance and Developer Tools teams appreciate your enthusiasm and loyalty! We’re Going To Keep On Loving You. Shown at BlackBerry Jam Americas Sept 2012.

We are going to keep loving developers at Research In Motion, all the way to BlackBerry 10 and beyond. Watch our leadership team for developer relations bring back the band: Alec Saunders, VP Developer Relations & Ecosystem, Chris Smith, VP Application Platform & Tools, and Martyn Mallick, VP Global Alliances & Business. Thank you to those devs who are working hard, and for those jumping on board every day.

Now, RIM Speedwagon isn’t doesn’t exactly provide a catchy tune, or a video goofy enough to genuinely go viral, but at least they’re making the effort. The fact that they’re not throwing in the towel gives them something like underdog status, and that’s never a bad thing.