Michonne: “Look At Your Zombie Killer. Now Back At Me. Sadly, He Isn’t Me. I’m On a Horse.” 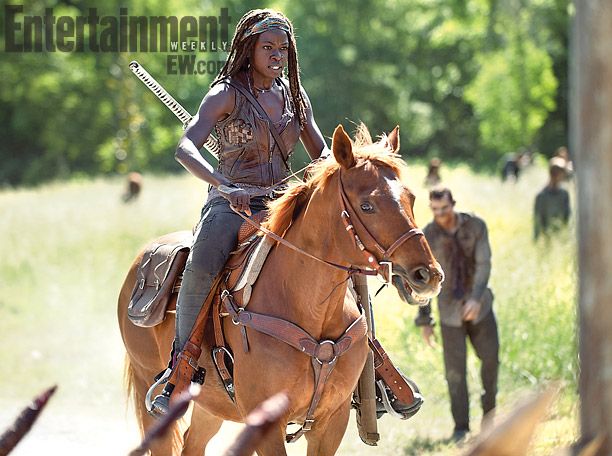 This new promo picture from season four of The Walking Dead, like the first poster we saw, has Michonne on a horse. Oh, and the horse is named Flame. There’s really not much else I can say about that: My brain has collapsed from awesome. Take it away, executive producer Gale Anne Hurd:

“With gas at a premium, with the fact that vehicles break down, I think we would return to the days of horseback riding and you can graze them as you go in a place like Georgia. You don’t have to carry food for them. They feed themselves, so to speak. It goes along with the new approach this season of sustainability. With a horse, you can go through the woods. You can get around obstacles. You can’t do that in a vehicle. If a tree falls and blocks the road, you can’t go through the forest. You’re not going to make it through. It’s actually much more of a useful choice. Not only that, but Michonne looks so badass on it.”

Tell us about it.