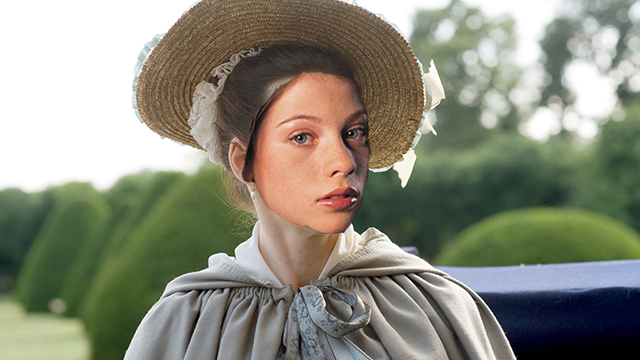 Yup. Like the headline says, Dawn Summers/Georgina from Gossip Girl/Harriet the Spy/Nona from The Adventures of Pete & Pete/the lead in that ice skating movie (circle what’s relevant to you personally) has been tapped to play a teenybopper* (no, Trachtenberg is not 29, because if she’s 29 then that means I’m old) version of John Adams’ wife Abigail, played with maximum BAMFitude by Laura Linney in HBO’s Paul Giamatti-starring miniseries John Adams.

TVLine, which broke the news, tells us the Sleepy Hollow version of Abigail had “a secret life that involved Katrina Crane,” witchy wife of male lead Ichabod, so I’m gonna guess this other Abbie is an early feminist who dabbled in witchery. Yes. Unless I’m mistaken, this is the first time Sleepy Hollow has shown a famous woman of the Revolutionary War era—previously it’s all been the dudes, like Washington, Jefferson, and That Asshole Ben Franklin. Though we did hear some juicy Betsy Ross gossip.

Meanwhile, Entertainment Weekly reports that actor Max Brown (MI-5, The Tudors, that nutballs Egyptian history show that Fox cancelled before it even aired) will be joining the show in a more substantial capacity. Quoth Fox, he’ll play “a powerful and mysterious new ally known, at first, only as Orion—a charismatic soldier who possesses a game changing weapon.”