Buffy’s Michelle Trachtenberg Was Almost Bella (Or Someone) In Twilight 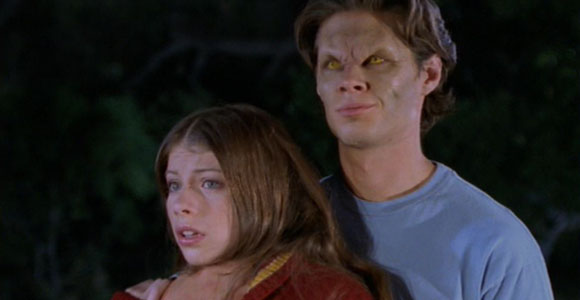 You remember when Dawn got herself a vampire boyfriend on Buffy the Vampire Slayer? This is sorta like that. Find out how actress Michelle Trachtenberg almost found herself playing a character in the worldwide phenomena, Twilight, and whether or not she’s sad or happy about that particular miss.

US Weekly got the information from the 26-year-old actress who’s latest roles had her guest-starring on Gossip Girl and Weeds. She’s apparently had a relationship with Twilight director Catherine Hardwicke for some time. “I’ve known Catherine Hardwicke since the movie Thirteen,” she said. “I was actually supposed to star in that, but I was on Buffy at the time.”

Hardwicke went on to cast Evan Rachel Wood and Nikki Reed in the 2003 film and Reed, who also co-wrote Thirteen, went on to take on the role of Rosalie in Twilight. Trachtenberg explained that it was mostly scheduling to blame for her not being in Stephenie Meyer’s book adaptation. But who would she have played? Could she have starred opposite Robert Pattinson as his love interest Bella or would she have been one of the vampires?

“There was definitely interest here and there because there’s only so few pale girls in Hollywood,” Trachtenberg said. Ok, that’s kind of funny.

Even though Trachtenberg, known to a lot of her fans as little Harriet the Spy, might have been in one of the biggest box office successes of the last few years she’s not dwelling on the what-ifs. “[Hypothetical answers mean] you’re not living in the moment and you’re looking negatively at what you’re doing now,” she said.

But it seems she’s not too upset. She said, “I already have Buffy. I’ve already done the vampire thing.”