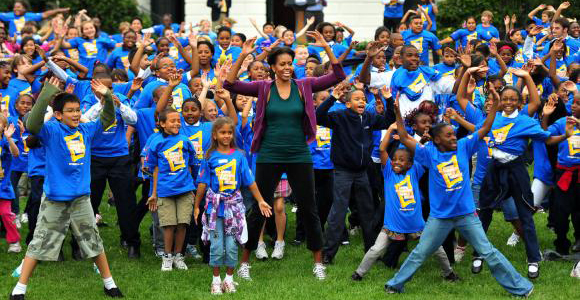 We all know First Lady Michelle Obama is an advocate for a healthy lifestyle and we’ve got a new example showing us she talks the walk and walks the walk. Or in this case, jumps the jacks.

In October, Obama joined 300,265 people in an exercise routine for the ages and we’ve just found out she got herself in the Guinness Book of World Records for it. The record was for the most people doing jumping jacks in a 24-hour period. The previous record was for only 20,000 people. Guess she wanted to make sure her name stayed in there for a while, huh? 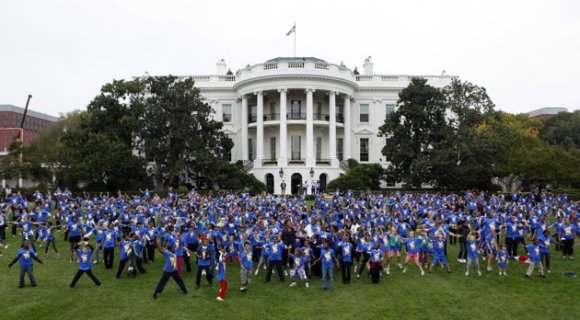 The event was part of Obama’s Let’s Move! initiative to promote physical fitness and healthy eating for children. Back in October, the First Lady, “led about 400 kids from elementary and middle schools in the Washington area on the South Lawn of the White House. Other jumping jack events were held around the world to reach the world-record mark.” 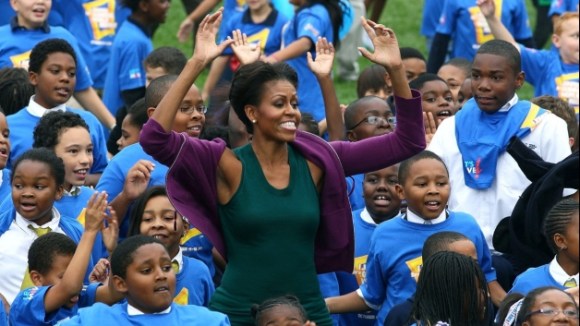 “More than anything, I want to say, thanks to every single young person who showed that exercise isn’t just good for you, but that it’s fun too,” she said in a video. She also said she hopes phyical fitness will continue to be a priority for the kids who joined her.