Michelle Obama Shares Her Anti-Imposter Syndrome Secret: The Most Powerful Leaders in the Biggest Rooms “Are Not That Smart” 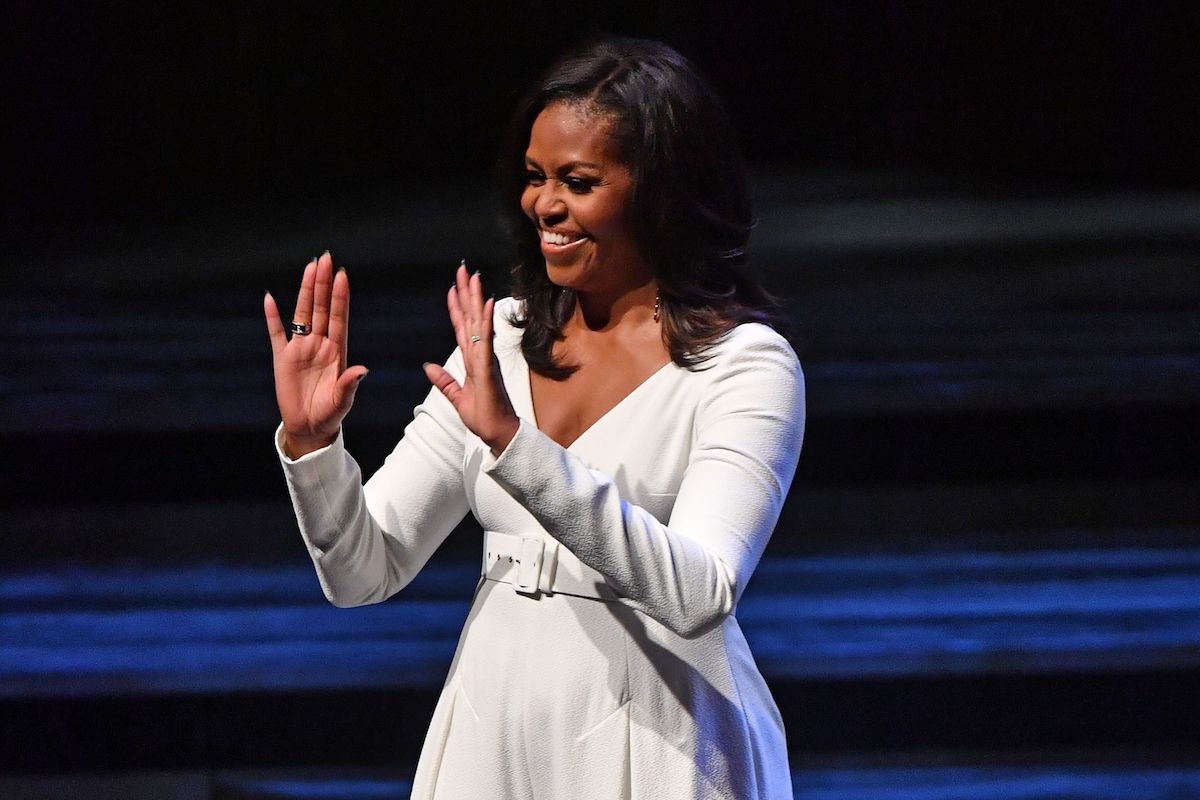 Michelle Obama has taken a few days off from her book tour to attend George H.W. Bush’s memorial services, but her last event–a sold-out conversation with Chimamanda Ngozi Adichie–gave us a wealth of inspiration to tide us over until the next one.

Obama has been getting heaps of praise for being so candid in both her book and her conversations surrounding it. She’s been open about her and Barack Obama’s marriage counseling, and she talked candidly about her thoughts on realistic balances of power and the myth of “having it all.”

When visiting England, Obama also visited the Elizabeth Garrett Anderson School and spoke to about 300 girls about a feeling that impacts so many of us: imposter syndrome. It’s a plague of self-doubt that she says “never goes away.” Not even as an accomplished professional, not as First Lady of the United States, not even with a book that became the year’s best seller within two weeks of publication.

Obama was asked how she felt about being a “symbol of hope” and her response was to say (per the BBC), “I still have a little [bit of] impostor syndrome, it never goes away, that you’re actually listening to me.”

“It doesn’t go away,” she continued, “that feeling that you shouldn’t take me that seriously. What do I know? I share that with you because we all have doubts in our abilities, about our power and what that power is. If I’m giving people hope then that is a responsibility, so I have to make sure that I am accountable.”

That’s a feeling that affects a lot of people, but women and girls, en masse, experience imposter syndrome in a unique form. Listening to women’s stories, it’s clear that this is a shared feeling that we think we need to be perfect and at peak expertise before we put ourselves out there as being worth listening to. That’s not all women, of course, and again, people of all genders experience imposter syndrome, but we have to acknowledge both how we are conditioned and how the world is conditioned to disbelieve our authority, no matter how earned.

There’s a reason why Sarah Hagi’s quote “Lord, grant me the confidence of a mediocre white man” has struck a chord with so many women.

Mrs. Obama says that her “advice to young women is that you have to start by getting those demons out of your head.” This is especially “profound for women of color,” she says, who are doubly made to feel unworthy of taking up physical, emotional, and intellectual space.

“The question I ask myself— ‘am I good enough?—that haunts us, because the messages that are sent from the time we are little is: Maybe you are not. Don’t reach too high. Don’t talk too loud,” she said.

But she has a “secret” to offer, and it’s a fantastic truth.

Of course, the men who stand up as the worst examples of this are the ones who make the most noise. Just in news from the last few days, I can name a former mayor/advisor to the president, a NYT columnist, and about 30 Wall Street executives whose rise to power and wealth are baffling to the rest of us. Those of us who feel the need to actually be excellent before we feel worthy of promoting our excellence look at men like this and have no words to express our disappointment.

It’s a tricky double-edged sword because those of us who hold ourselves to such high standards don’t want to be a Rudy Giuliani or a Ross Douthat, but it’s frustrating that they clearly hold themselves to such low standards and reap such large rewards.

So besides the fact that we already know Michelle Obama is the smartest person in any room, it’s always great to hear someone like her tell us all to get over our own insecurities and put ourselves out there. It’s advice many of us can’t hear enough.