Michelle Obama Is Absolutely Right About “That Lean In Sh**” 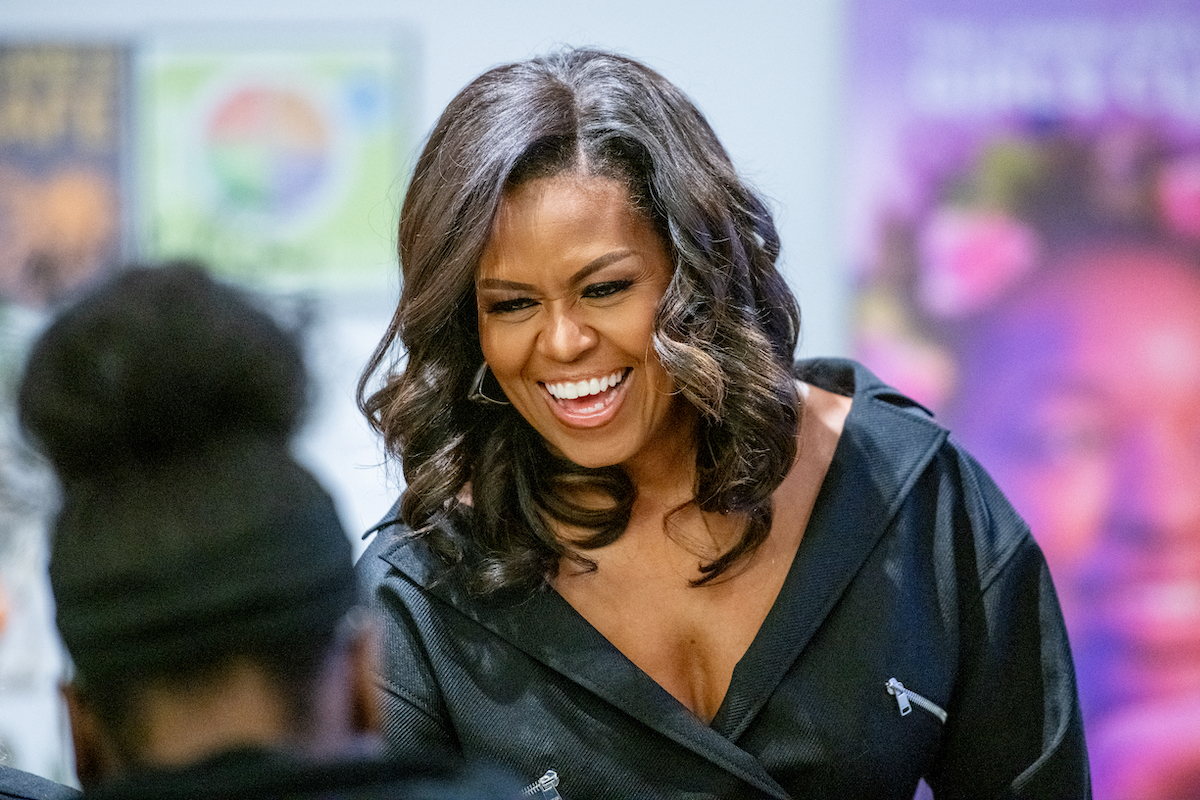 On Friday, she spoke with poet Elizabeth Alexander at the Barclays Center in Brooklyn, and the conversation turned to questions of how to balance professional successes with a fulfilling personal life, and Obama had some thoughts.

Specifically, she takes issue with the idea that women can (and often are expected to) “have it all.” She told the crowd, “That whole ‘so you can have it all.’ Nope, not at the same time. That’s a lie, and it’s not always enough to lean in, because that shit doesn’t work all the time.”

Predictably, the crowd lost it at the former First Lady’s use of the s-bomb. They cheered as she apologized, saying ,”I forgot where I was for a moment!”

“I thought we were at home, y’all,” she added. “I was gettin’ real comfortable up in here. Alright, I’m back now. Sometimes that stuff doesn’t work.”

The shock of hearing perma-composed Obama let slip a swear is entertaining, but it shouldn’t (and I don’t think it did) overshadow her message and her criticism of the advice to “lean in,” as coined by Sheryl Sandberg.

“Leaning in” is shorthand for encouraging women to be more ambitious in their professional lives, but it’s been heavily criticized for ignoring the institutional sexism that so often keeps women from breaking professional glass ceilings. Her message also ignored a lot of issues like race and class.

Even Sandberg herself acknowledged that “leaning in” didn’t really benefit women in the years after her book became a best-seller, and after her husband passed away, she wrote that she had never realized just how difficult it is to be a single mother, and how many institutions are designed to work against their professional successes.

Hearing Michelle Obama speak against the practicality of “having it all” is uniquely satisfying because she is a woman who seems to be the living embodiment of having it all. Professionally, she had a successful career prior to moving into the White House, and as First Lady, she maintained her independent identity and worked to advance a number of important causes.

Her marriage and her family, from our outside perspective, are beyond enviable. Both professionally and personally, she is an idol to so many of us, but in her book, she details how she and Barack Obama went to marriage counseling, and she spoke at Barclays about finding balances of power. “Marriage still ain’t equal, y’all,” she said.

She also spoke of the importance of building support systems. She told the story of a high school guidance counselor who told her she wasn’t “Princeton material.” Rather than listen to that terrible advice, she found someone else to write her letter of recommendation. “We all have to find the people who believe in us,” she said.

“We all have to find the people who believe in us” – @MichelleObama at @barclayscenter talking about how she dismissed the high school guidance counselor who told her she was “not Princeton material” and instead found someone else to write her recommendation pic.twitter.com/FOmslJn1CS

So sure, we should talk about the myriad ways in which women are discouraged from displaying ambition, but there’s a lot more we need to talk about alongside it.