In An Alternate Universe, Michael Keaton Played Jack On Lost 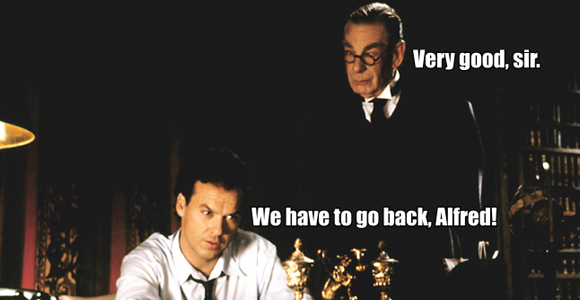 Well that would have been interesting.

It’s been a while since I was attending weekly Lost viewing parties but I can still recall the excitement like it was yesterday. So it’s interesting to consider there was an early version of the show where actor Michael Keaton might have played Matthew Fox’s Jack. Keaton discussed it in an interview with Access Hollywood back in 2005, and I’m not sure why it’s suddenly resurfaced (perhaps because Lost’s “show bible” was recently revealed) but here’s what he said:

Keaton says that “Lost” creator J.J. Abrams approached him about the possibility of playing the character of “Dr. Jack Shepard.” “He told me what ‘Lost’ was and I thought it was a really intriguing idea,” says Keaton.

Keaton says he was thinking about doing it until Abrams called to let him know that “Dr. Jack Shepard,” who was slated to die in the first episode of the original pilot, would instead be a series regular. “I said, ‘I’ll seriously consider it, send me the script,'” says Keaton. “He said, ‘No, we’re keeping the guy alive,’ and I said, ‘Oh, ok, well I can’t do that.'”

Despite the success of “Lost,” Keaton says he knows he made the right decision. “I wouldn’t do it if the guy was going to be in the show every week,” he says. “An hour show every week… I’ve got stuff to do, I’ve got a life to lead. When would I fish?”

There you have it. Michael Keaton would rather fish than star on a television show. Priorities, man. Meanwhile, the actor is set to make his next film appearance in the RoboCop reboot and I, for one, am very excited about that.