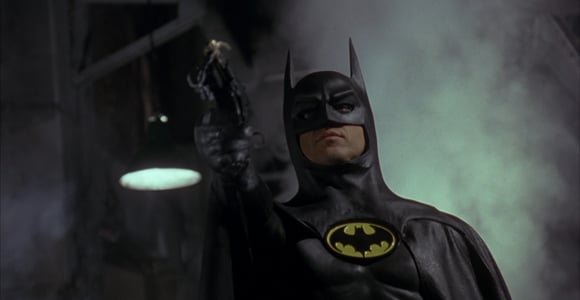 Depending on the Batman fan you speak to, Michael Keaton‘s portrayal of Batman is fairly beloved.  Ranking up there with portrayals of the Dark Knight by Adam West and Christian Bale, many fans didn’t expect much from Keaton’s Batman but were pleasantly surprised.  To this day, especially for fans like myself who experienced the 1989 Tim Burton-directed film as their first live-action Batman, Keaton set the standard that everyone else who played Batman had to live up to (some have and some… have not). While doing press for the new Robocop remake that he’s starring in, Keaton talked about that intense rubber Batman suit and how it informed his portrayal of Batman.

Keaton relayed these stories to explain how he relates to the difficulties of the suit his costar in Robocop, Joel Kinnamen, had to wear to play the titular character. As someone who has been the lead in the crazy costume, he knows better than anyone how challenging it can be.  He said:

[Joel] probably won’t get credit for the degree of difficulty that was required [to play Robocop]. A long time ago, when they were asking me when I did the first “Batman,” I made a joke, but I was actually serious, you know. I just worked the suit, man. I let that suit go to work for me — and that’s kind of what you have to do… I’m very claustrophobic, and we didn’t even know that the suit was going to work at all until literally, like, I think hours before we were about to start shooting the suit. We had shot a lot of the Bruce Wayne stuff — which was the key, by the way, it was. I never worried about the Batman thing — the way in was Bruce Wayne, that was it for me. That was it.

Keaton went on to talk about how the stiffness in his version of Batman was caused a lot by the difficulties of moving in a full-body rubber suit:

So when we got in [the suit], I went, “Oh, I’m in trouble.”  Because you couldn’t get out of it; the second one, you could kind of get out of, but this thing was wrapped [around me] and it didn’t totally work… This whole thing [where I moved my whole body like a statue] came out of — I mean, I’ll take some credit for it, but really, it was practical! It really came out of the first time I had to react to something, and this thing was stuck to my face and somebody says something to Batman and I go like this [turning his head] and the whole thing goes, [rriipp]! There was a big fucking hole over here. So I go, well, I’ve got to get around that, because we’ve got to shoot this son of a bitch, so I go, “You know what, Tim [Burton]? He moves like this [like a statue]!”

Keaton then went on to briefly talk about how actors use challenges like a intense rubber suit as a way to find new ways to approach roles:

I don’t know how you get it, but actors are kind of pretty extraordinary in that regard. I think it’s fear.

It’s a very small subset of the world’s population that really knows what it’s like to wear a Batman costume for real and attempt to move and fight in it, so props must be given to Keaton and all the other Batman actors over the years for their unique kind of suffering.  But hey, at least Keaton didn’t have to suffer through this disaster: 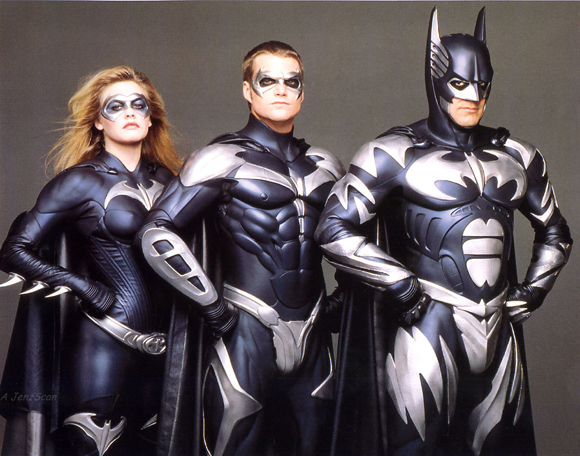