Metro 2033 Movie is in the Works, Won’t be Paid For in Bullets 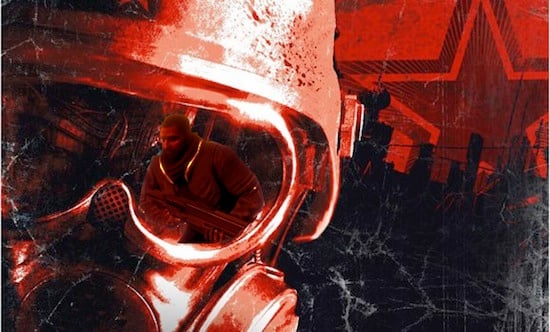 Hollywood seems to be investing heavily in the rights to video game-inspired movies lately. Despite the fact that the Bioshock, Halo, and Uncharted flicks didn’t work out, films based on Assassin’s Creed, Need for Speed, and Metal Gear Solid are all at some stage in pre-production as we speak. If you’re still not convinced that a tidal wave of video game movies is forming, destined to crash into theaters a few years from now, I think the fact that MGM Studios has picked the rights to make a movie based on a non-blockbuster like 2010 first-person shooter Metro 2033 is a pretty good sign that video game movies are going to become a trend in the film industry.

The Metro 2033 series of novels, written by Russian author Dmitry Glukhovsky, is actually 20 books deep: An incredible feat when you consider that the first book in the series was initially released online in 2002. The first book was only translated to English after the video game, an atmospheric first-person shooter by Ukrainian developer 4A games, brought the series to the west.

In Metro 2033, a nuclear attack on Moscow in 2013 has forced the remnants of the population of Russia’s capital underground. Twenty years later, new city-states have formed in sections of the city’s subway system. On the surface, whatever survived in irradiated wasteland has evolved into mutant monsters. Also, after the bomb bullets have become Moscow’s new currency. The story focuses on Artyom, a young man who was born just before the world-changing attack, as he stumbles into a journey that takes him across the city, both above and below ground.

“Metro 2033: the movie” will be produced by Mark Johnson, who’s best known for his work on the Narnia films and Galaxy Quest. The script is being written by F. Scott Grazier, who wrote another sci-fi film called Day One, which is currently in production.

While the books are obviously the original source material, it’s safe to say that it was the success (or at least the buzz) about the game series that brought the franchise to attention of Hollywood producers. It doesn’t hurt that high profile sequel to the game adaptation of Metro 2033, called Metro: Last Light, is expected to come out on PS3, Xbox 360, and PC in 2013.