Angela Merkel Had to Explain the Geneva Conventions to Trump 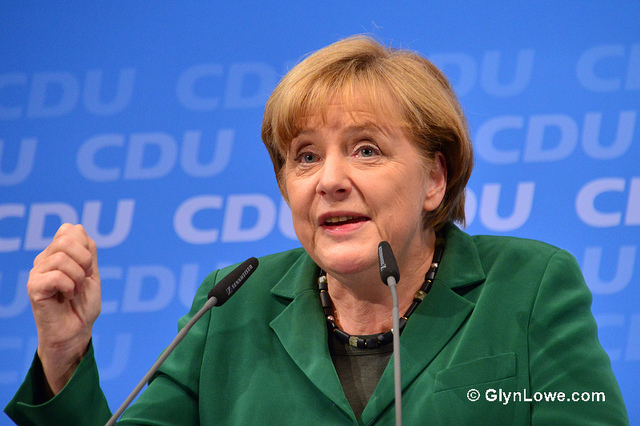 In a statement on Trump’s infamous orders, Merkel’s spokesman Steffen Seibert said, “The Geneva refugee convention requires the international community to take in war refugees on humanitarian grounds. All signatory states are obligated to do. The German government explained this policy in their call yesterday.”

The Geneva Conventions, established after the horrors of World War II, are the international standard for humanitarian treatment during war. I wish I were surprised that the sitting President of the United States needed to have one of the world’s most famous and influential series of treaties explained to him, but since he has already advocated for torture, I can’t be.

Though Merkel herself has come under fire for comments and policies related to refugees, the German government’s statement also contained more standard condemnation of the orders. “The chancellor regrets the US government’s entry ban against refugees and the citizens of certain countries. She is convinced that the necessary, decisive battle against terrorism does not justify a general suspicion against people of a certain origin or a certain religion.”

Other world leaders, including Canada’s Justin Trudeau, the UK’s Theresa May, and France’s François Hollande, have also spoken out against the orders.

(Via The Guardian and The Hill; image via via Flickr/Glyn Lowe)