Mercury May Have Once Had An Awesome Ocean Of Magma, Says New Study 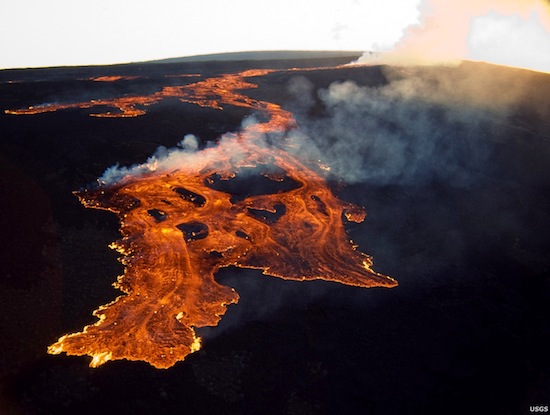 A new analysis of the surface of Mercury has revealed that the planet closest to the Sun was once totally badass. The results of a study by researchers at MIT suggest that at one point, some billions of years ago, the planet hosted a rolling ocean of flowing magma.

To come to that conclusion, published this week in the journal Earth and Planetary Science Letters, MIT researchers used data from the MESSENGER probe, which has been sending back all sorts of surprising and awesome tidbits that make researchers question what they know about the solar system’s innermost planet. By analyzing the chemical composition of the two types of rock that dominate Mercury’s surface, the team was able to recreate those rocks in their lab.

They then subjected those rocks to a variety of high temperature, high pressure scenarios. That showed that rocks and crystals formed at different times on Merucry’s surface, leading to the conclusion that the features and makeup of Mercury’s surface were left there by an ocean of magma on the planet more than 4 billion years ago and cooled unevenly, leading it to form different types of crystals as it solidified. And even after the magma cooled, chances are that it would have melted again later in Mercury’s history, erupting on to the surface once again, continuing the circle of life as applied to superheated liquid rock.

While a magma ocean is the simplest explanation, though, that doesn’t mean it’s certainly the right one. The MIT team’s hypothesis will have to be tested against future observations of the planet, but for now, we’re just going to sit here for a minute picturing vast oceans of magma stretching as far as the eye can see. And yes, of course we’re magma-boarding over them in this fantasy, because duh.