Men Will Never Understand The Sopranos

But hopefully we all understand sarcasm. 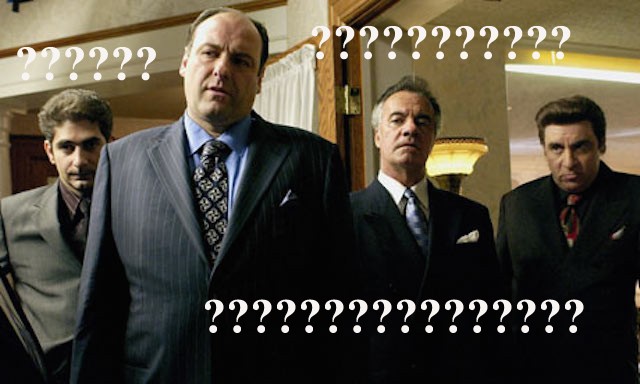 What I’m about to say may not win me many points with the politically correct social justice warrior crowd, but I’ve never cared much what they think of me, which is why I’ve spent so much time considering whether my writing will piss them off.

Like much of the Internet, I read Kyle Smith’s excellent column “Women are not capable of understanding Goodfellas” in the New York Post and I was blown away. I never thought Smith could top his 2014 post-Oscars column about how Tina Fey destroyed feminism by making a joke about Leonardo DiCaprio sleeping with supermodels, and yet here we are. I’ve learned to rely on the Post for quality reporting such as accusing random Middle Eastern kids of terrorism and making jokes about domestic abuse in obituaries, so it seems almost unfair for them to produce this sort of quality media analysis as well. Maybe men really can have it all.

Smith’s argument that women are unable to enjoy this movie because it features men insulting each other is a powerful one; indeed, it is so powerful it readily withstands an onslaught of women saying they do, in fact, enjoy Goodfellas, as though that has anything to do with a man and his opinions. And it got me thinking about another popular piece of Mafia-related popular culture and, much like Smith, once I was led to a suitably hot take, I knew no more thinking was necessary. So here it is: men are not capable of understanding The Sopranos. 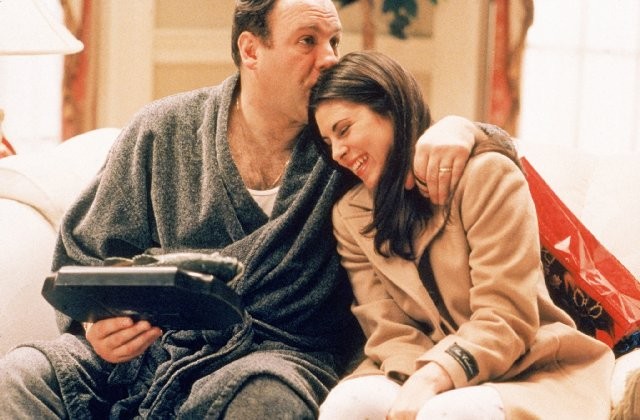 So-called “star” of the show Tony Soprano and some GIRL.

I know, I know, I can already hear the SJWs whining: “But The Sopranos is about a man!” Well, no, it’s called The Sopranos. Even the title tells us this show is not for men. A soprano, as everyone knows, is a girl singer. If this was really a show about one man, the title would reflect that, like House was about Dr. House or Justified was about Joe Justified. But instead they named it after a family with a girly name, just like that other women’s show, Sons of Anna. Want more proof? Both of my paternal grandparents watched this show religiously, meaning 50 percent of the Sopranos fans in my family are female, which, as everyone knows, makes it a female majority. 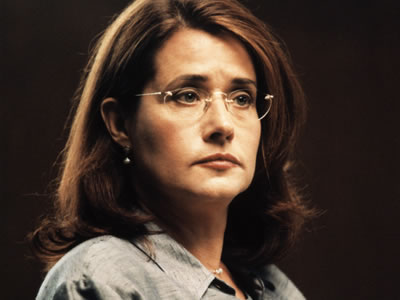 Now let’s look at the actual content of the show: the main character, Tony, visits a psychiatrist, for God’s sake. Now, this could easily still appeal to men if she was hot, but she wears glasses, which are not hot, and she is around Tony’s age, which is gross. Tony’s wife, Carmela, is also around his age, and worse, often raises objections when his actions harm her or their family. Worse, we are actively encouraged to sympathize with her, even though she is so selfish and shortsighted she can’t understand that the stuff she’s mad at him for is cool stuff, like having sex with younger, more attractive women.

And I haven’t even gotten to the worst part: many of these younger, more attractive women also have problems, which take up plot time that could easily be used for murdering. For instance, one of his mistresses, Gloria Trillo, is also a patient of the same therapist, meaning there are scenes of the two of them talking with no men present at all. They tend to talk about Tony during these scenes, thank God, but that’s a mainstream TV show two-thirds of the way to passing the Bechdel test and you expect me to believe this show is for men? 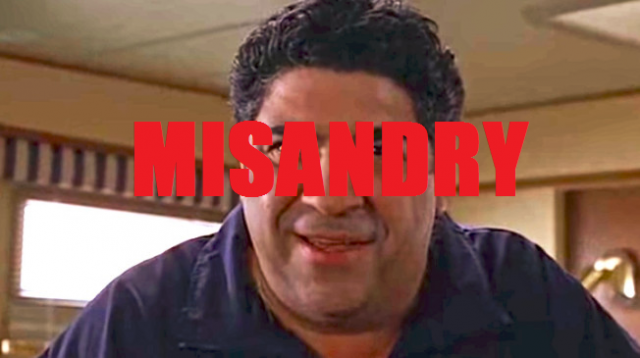 The supporting characters only reinforce the show’s fundamental not-for-men-ness (that’s a term I made up, because men invent things, unless sexy women ruin everything by disrupting the scientific process). For instance, one member of Tony’s crew is named “Paulie,” which is pretty much the same name as “Polly.” If it wasn’t meant to sound like that, they could just call him “Paul.” Honestly, who does this *Googles name of show creator* “David Chase” chick think she’s fooling? Another member of Tony’s crew goes by the name “Big Pussy,” and he allows himself to be called this by his friends, as a term of endearment. It is apparently a reference to the fact that he used to be a cat burglar, but this is just further evidence of the show’s unfitness for men, as everyone knows dogs are for boys and cats are for girls. 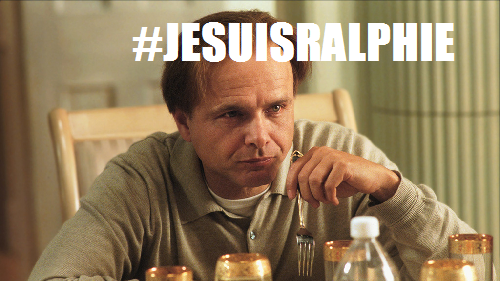 I haven’t even gotten to the worst part: in one episode, Johnny Sack, the underboss of the New York mob, finds out Ralph Cifaretto, a member of Tony’s crew, made a fat joke about Johnny’s wife, and decides to have Ralph killed. Like, what the hell, man? As Smith pointed out, the breaking of balls is fundamental to manhood, whether the balls in question are testicles or spherical human beings, and as many sensible Redditors with healthy senses of perspective have pointed out, the freedom to do so without fear of reprisal is one of the foremost civil rights issues of our time. What kind of misandrist show would portray fat-shaming as having social or professional consequences?

Earlier this year, Return of Kings, a site run by smart, serious, mature individuals, rightly pointed out that Mad Max: Fury Road is a fundamental assault on manhood, because some of the characters are girls. Similarly, The Sopranos represents an assault on the venerable, male-friendly gangster genre which, as Smith reminded us, emotionally immature men need as a vehicle for our fantasies of having all the same antisocial, violent tendencies and disrespect for women we have already, but with nicer clothes and cars. I, for one, have had it with this show that ended eight years ago and its misandrist agenda, and hope for better things when I move on to Boardwalk Empire, which I’m sure won’t contain any feminist subtext or homoeroticism.

Zack Budryk is a Washington, D.C-based journalist who writes about healthcare, feminism, autism and pop culture. His work has appeared in Quail Bell Magazine, Ravishly, Jezebel, Inside Higher Ed and Style Weekly and he is currently working on a novel, but don’t hold that against him. He lives in Alexandria, Virginia with his wife, Raychel, who pretends out of sheer modesty that she was not the model for Ygritte, and two cats. He blogs at autisticbobsaginowski.tumblr.com and tweets as ZackBudryk, appropriately enough. He probably should not have done a Google Image Search for “Big Pussy” on his work computer.