Furiosa could probably use some male tears. 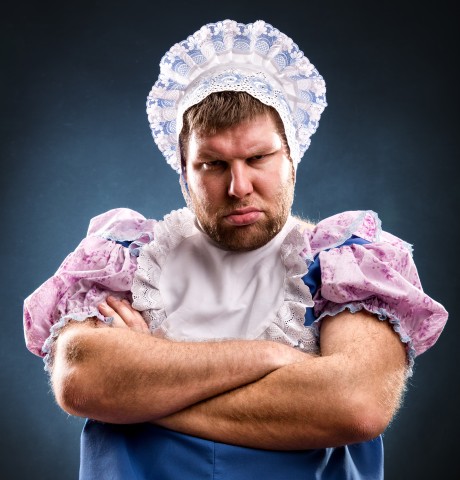 If a movie’s depiction of women is upsetting to Men’s Rights Activists, then said movie is probably awesome. A+ performance, Charlize Theron. Dudes are literally terrified that you’ll act them all into becoming feminists.

In a post on the blog Return of Kings, Aaron Clarey is calling for men to boycott the new Mad Max movie:

Not only REFUSE to see the movie, but spread the word to as many men as possible. … Because if [men] sheepishly attend and Fury Road is a blockbuster, then you, me, and all the other men (and real women) in the world will never be able to see a real action movie ever again that doesn’t contain some damn political lecture or moray about feminism, SJW-ing, and socialism.

[…] men in America and around the world are going to be duped by explosions, fire tornadoes, and desert raiders into seeing what is guaranteed to be nothing more than feminist propaganda, while at the same time being insulted AND tricked into viewing a piece of American culture ruined and rewritten right in front of their very eyes.

Hollywood is a garbage propoganda machine which spews out this feminist drivel filth into the minds of today’s young audience. Even though science has told us and proven, that men are physically stronger than women, it is nonetheless discarded by the forces driving this feminist nonsense.

There is a sick agenda at play here, and it only continues to get worse over time. First this, and now the upcoming Terminator Genisys which shows Sarah Connor in a more heroic and superior position to that of Kyle Reese, really makes me wonder how much further down the toilet society is going to go down, in it’s ridiculous attempts to try and reverse the traditional gender and biological roles.

Honestly, these dudes have way bigger expectations for the feminism of Terminator Genisys than I do!

I strongly advise against going down the rabbit hole of the Return of the Kings comment section (strange how quickly unintentional hilarity can shift into intentional threats), but in all seriousness I think it’s important to note the gravity that MRAs are giving Mad Max. Though you may recall us telling you about Vagina Monologues creator Eve Ensler acting as a consultant on set of the film (the MRAs aren’t thrilled about that particular bit either).

Misogynists might be the first people to dismiss complaints about representation with time-honored comments like “she’s ‘just’ a character” or “it’s ‘just’ a movie/book/video game,” but by admitting they’re threatened by Charlize Theron and Emilia Clarke’s bad-assery, Clarey and his commenters are also agreeing that the media we consume and the stories we tell are hugely important.

Thanks for the movie recommendations, bros.

(via WeHuntedTheMammoth, image via Shutterstock)