All The Glorious Memes, Reactions to the Birth of Lil Nas X’s Industry Baby Montero

A star is born. 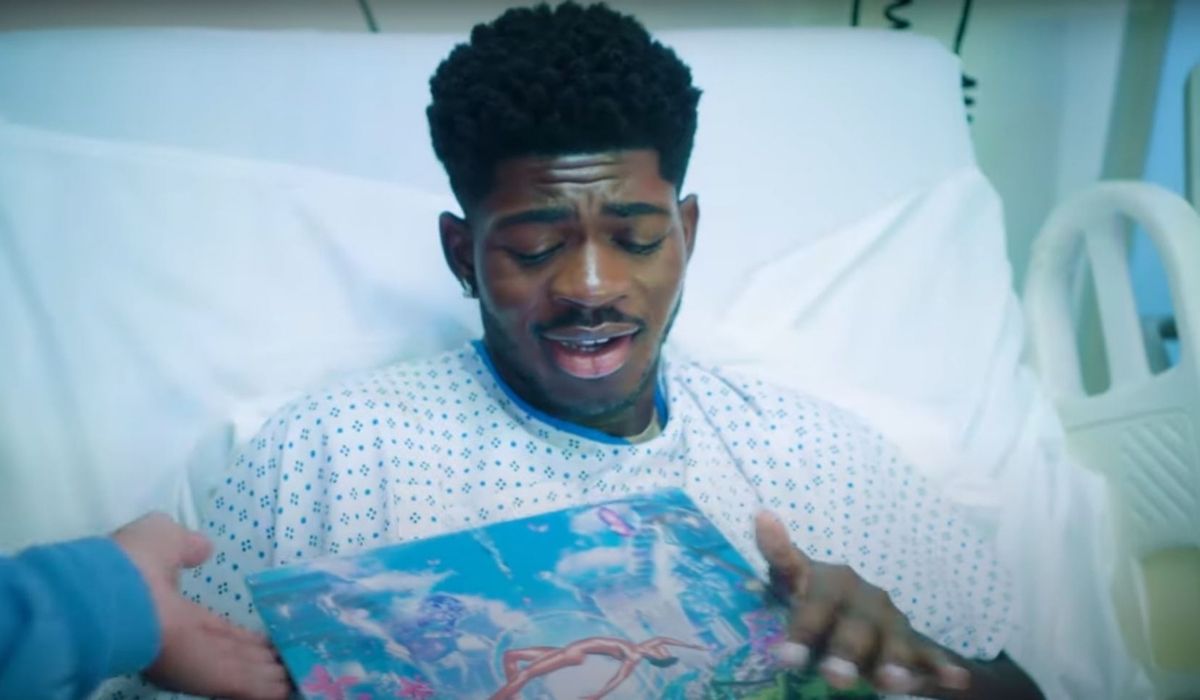 On the eve of his debut album release, Lil Nas X launched a flurry of his final (who knows, really?) promotional teases and gags. This included showing his baby shower (that no one went to), a long-form interview with Apple Music, and billboards promising compensation for those that hate the rapper/singer, are gay, miss the “real America,” or are just single.

Also, the mother-to-be did a collab with Spotify showing that he is a renaissance man even outside of writing music and storyboarding the visuals for his album. This included playing the harp, writing a haiku, trying rattlesnake sausage, performing a ribbon dance, and of course, experiencing the joy of painting like Bob Ross.

Finally, he appeared on the fictional talk show The Montero Show with Lil Nas X playing himself, the obnoxious host, and the sole audience. While holding a top 8 video countdown, pregnant Lil Nas X revealed that his number 1 video would be released at the end of the show. However, the show cut short when his water broke on air and ended the stream abruptly.

Like most parents, Lil Nas already had high expectations for Montero. This includes exclaiming through heavy breaths, “It’s already Grammy-nominated!”

With the album’s release, came several visual elements uploaded for each song and the promised music video.

Because only fans were up to listen to a midnight album drop, I have seen nothing but rave reviews, with people sharing memes, reactions, transcriptions, and their fave tracks.

people trying to find a flop song on the #Montero album: pic.twitter.com/xeeOcbWki7

Just realized the tv in the visualizer for void has actual clips playing omggg #MONTERO pic.twitter.com/YW8h8eOhPl

In addition to fans, critics and celebrities (real and fictional) showed love for the album, too.

alright bet! me and tinky winky on the hook, dipsy & po on the verses and we’ll let laa laa do the outro https://t.co/Luqx2t25Jx

This included Lizzo joining in on the meme that goes a little something like this: “I’ve never been a fan of Lil Nas X, but this new album has me _____.”

Speaking of physical reactions, many listeners felt the gaiety overcoming them. The conservatives might have been on to something because people are turning gay?!

Me trying to get rid of the gay after listening to montero the album by lil nas x pic.twitter.com/i507m6Tlpu

In all seriousness, this album is so beautiful, and the visuals throughout are a masterclass in storytelling. As our own Briana Lawrence explained in her essay about the “Montero (Call Me By Your Name)” music video and the accompanying letter, Lil Nas X is showing the queer community they can and should “take up space.”