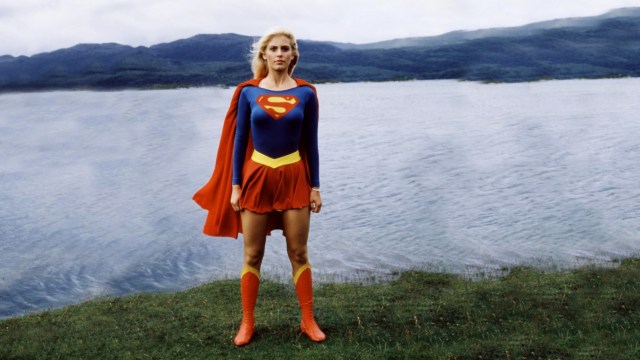 Some more news about DC Comics women coming out of the Television Critics’ Association press tour. This time it’s details about the upcoming Supergirl television series on CBS. Why yes, I will keep using Supergirl movie images for these posts until we have something official, why do you ask?

Entertainment Weekly reports on some of what CBS entertainment chairman Nina Tassler had to say about the show and its as-yet-uncast star:

First, since Supergirl is on CBS, you can definitely expect the show to be a crime procedural. Yet Tassler emphasized the show will have serialized elements as well. “There will be [crime] cases, but what [executive producers] Ali Adler and Greg Berlanti pitched was a real series arc for her,” she said. “The beauty of it is now with shows like Good Wife and Madam Secretary, you can have serialized story elements woven into a case of the week. She’s a crime solver, so she’s going to have to solve a crime. She’s going to get a bad guy.”

Tassler described the CBS version of the DC Comics icon as “a very strong, independent young woman. She’s coming into her own. She’s dealing with family issues. She’s dealing with work issues. It’s a female empowerment story. If you look at the strong female characters we have on the air, it really is resonant of that … We’re big feminists. It’s her intellect, it’s her skill, it’s her smarts. It’s all of those elements. It’s not just her strength, which she does have.”

Oh my god she said it! She said the thing! While something like “strong, independent young woman” is certainly a stereotypical phrase to be throwing around, I like what I’m hearing here.

As for the actress who may eventually land the role Tassler said:

“It’s looking for someone who embodies both the freshness and the exuberance of being a young woman in today’s challenging climate and being someone who can carry this kind of series on her shoulders. It’s a big, big show.”

Though there’s no actress announced yet, CBS has a costume design ready to go — one that Tassler was most definitely excited about. “We have seen the costume,” she said. “Awesome costume.” Tassler added that the costume was being made by Oscar winner Colleen Atwood, who also did the costumes for Arrow and The Flash.

At the same press event, Collider spoke with producer Greg Berlanti. And this was a very interesting question/answer:

People have clamoring for a female led superhero project. How are you guys approaching that element of it?

Dare we actually get our hopes up, dear readers?

The press also asked him if we’d see a crossover between Supergirl, Arrow, and The Flash and he said, “So much has to go right. We have to make a great show. Again, I think of myself, if I were watching it I would want to see that, but we have to get so many things right to make a good show, and so much of it is luck unfortunately.”