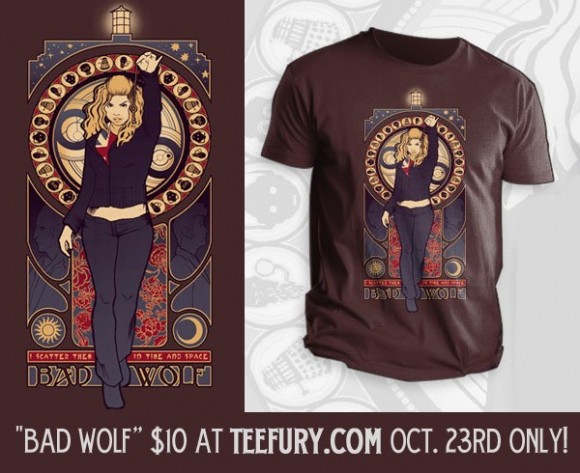 We’re big fans of Megan Lara here at The Mary Sue. We’re also big fans of BBC’s Doctor Who which is why we’re so excited about this pairing. It’s available today only on TeeFury.com in women’s and men’s cuts.