This Might Not End Well: Tomb of Mayan Warrior Queen Uncovered by Band of Hapless Archaeologists 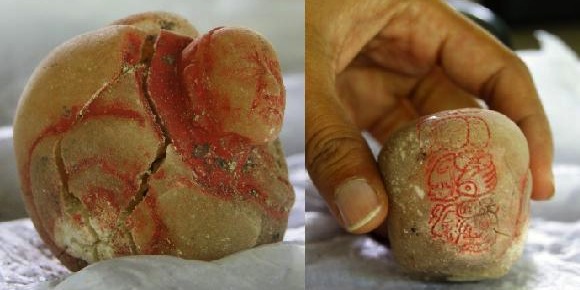 Batten down the hatches: The Mayan apocalypse is on its way, and it’s not because of any calendar. Archaeologists excavating the ancient Mayan city of El Perú-Waka’ in Guatemala have unearthed the tomb of the warrior queen Lady K’abel, considered the greatest ruler of the Late Classic period and also known by the epithet—wait for it—Maya Holy Snake Lord.

Putting aside the fact that the spirit of Lady K’abel will rise from the Earth to punish the world that allowed her final resting place to be disturbed (that’s how these things go, right?), it’s actually really cool news. K’abel ruled with her husband, K’inich Bahlam, for at least twenty years during the seventh century. But she actually had more authority than K’inich Bahlam; she was the military governor of the Wak kingdom on behalf of her family (the imperial house of the Snake King, because of course) and carried the title “Kaloomte.” It sounds silly but translates to “Supreme Warrior,” so you’d better not make fun of it when she rises forth with a snake in each hand to shed the blood of those who have wronged her.

An interesting little tidbit: The archaeological team, led by David Freidel, wasn’t even looking for the final resting place of Lady K’abel. Instead, their excavations were focused on “ritually-charged” features like shrines and altars. Several decades after the fall of the dynasty at El Perú, the temple still received much reverence and ritual attention—probably, as it turns out, because K’abel was buried there. Their discovery of the tomb, which contained a small, alabaster jar (pictured) carved with K’abel’s likeness, several other pieces of ceramic, and actual remains, was, says Freidel, “serendipitous, to put it mildly.”

Enjoy your luck while it lasts, David. You’ve seen The Mummy, right?