Maya Rudolph Says The Good Place Judge Was Based on RBG 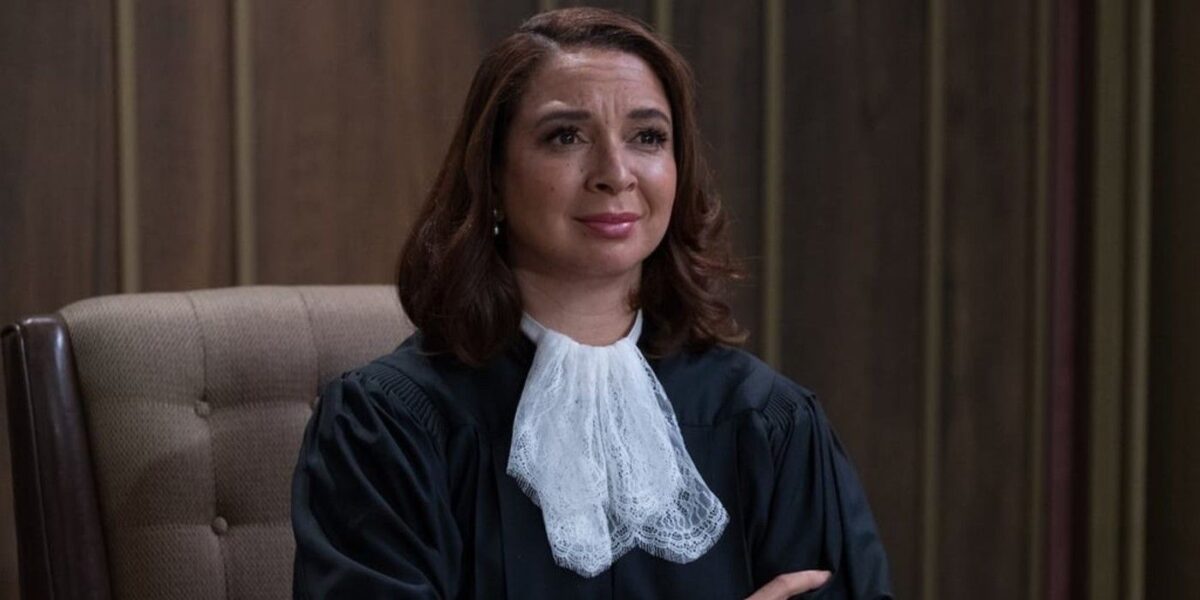 Maya Rudolph is one of those rare actors that immediately elevates any project she’s a part of. The multi-talented actress is always a welcome presence, whether she’s guest-starring in a TV series, popping in on Saturday Night Live, or voicing a sultry hormone monstress. So it’s no surprise then that Rudolph took home two Emmys this weekend.

Rudolph won her first-ever Emmy on Thursday for Outstanding Character Voice-Over Performance, for her work as Connie the Hormone Monstress on Netflix’s Big Mouth. And she just took home another Emmy for Outstanding Guest Actress in a Comedy Series for her performance as California Senator and Vice Presidential candidate Kamala Harris on SNL.

Rudolph was competing against herself for the second award, as she was nominated in the same category for her role as Judge Gen on The Good Place. In the virtual press room, Rudolph talked about the inspiration behind her Timothy Olyphant-loving cosmic Judge: Supreme Court Justice Ruth Bader Ginsburg.

“It’s certainly put a smile on my face this week to be so acknowledged,” Rudolph said. “I’m really grateful for any moment when we can stop and reflect and honor and celebrate each other.”

She added, “To be fair I didn’t think I was going to win again tonight. I thought the guest actress, this nomination, is usually flooded with incredible women who are legends and I saw a couple of legends in there … Bette Midler beats me in the legend department, and Angela Bassett beats me in the legend dept. I’m kind of still surprised and a little bit startled I won another Emmy. I don’t know about you but I haven’t felt that lucky lately, so this a very foreign feeling and I’m really embracing it.”

Maya Rudolph will return next month for the 46th season of SNL to reprise her role as Kamala Harris, likely netting herself another Emmy nomination for 2021. Saturday Night Live returns October 3rd with shows filmed from their home base in Studio 8H at 30 Rockefeller Plaza in New York City. This season’s hosts have yet to be announced, but Jim Carrey will be joining the team to play Joe Biden.