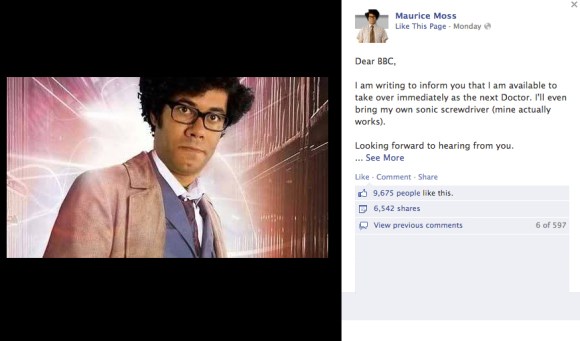 I’m sorry, I’m just having way too much fun with this. The fact that I’ve just now discovered the official Reynholm Industries website isn’t helping. Click the warning at the bottom. Trust me.

(Seriously though, Richard Ayoade for Twelve. Make it happen, BBC.)