Sometimes you have to be a little bit naughty. 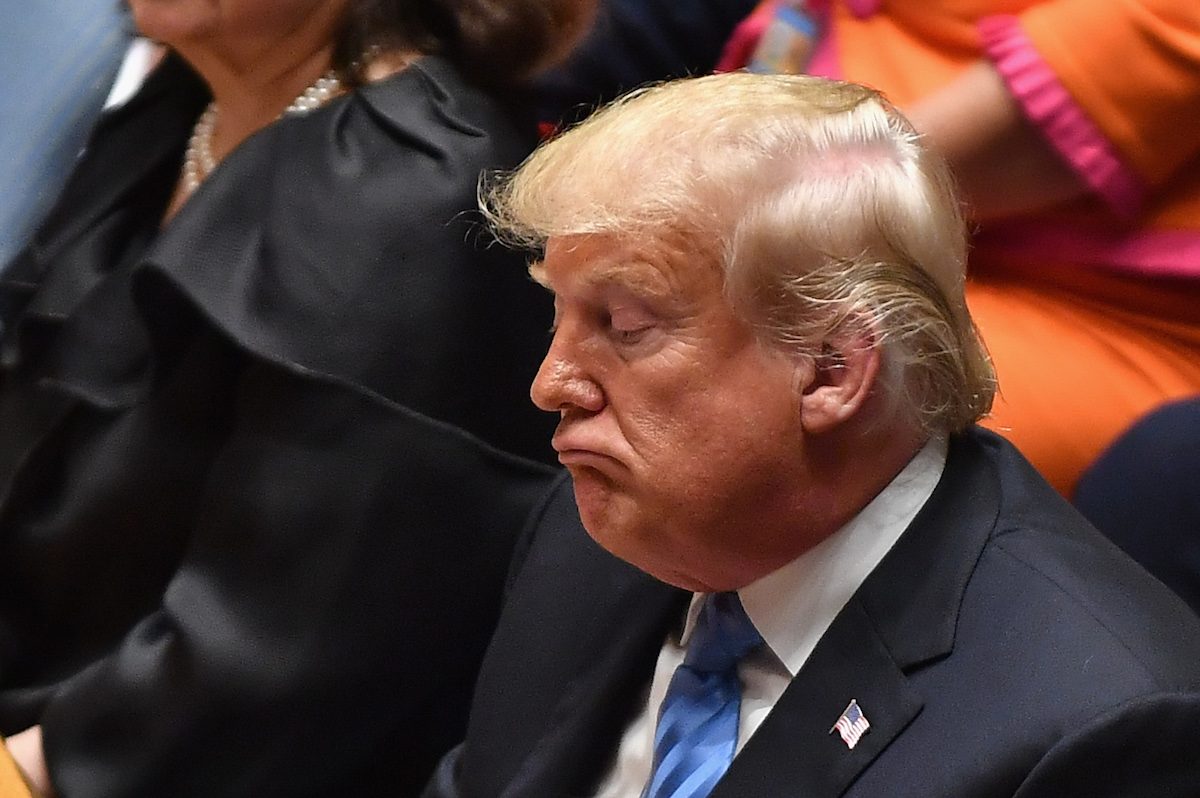 The creative imagery that has come about as a result of the Trump presidency should get a Pulitzer. Maybe it is because the president is, rightfully, depicted as the villain of many of our childhood favorites. Before he was even elected, we took to relating his actions back to that of Lord Voldemort from the Harry Potter series.

The latest Trump-as-literary-villain work of art comes from Wales. The statue was made to honor a legend to kids everywhere: Roald Dahl. The Welsh author created vital novels that taught children how to stand up for their beliefs and be as strong as the characters they were reading about. Whether you were a Charlie Bucket or a Matilda, you read his books and knew that you could take on the world.

Residing not far from Dahl’s home, the statue of Matilda not only shows the strength this little girl holds, but also shows her standing up against the American president, a message not lost on the women of the United States. Considering that Matilda “turns 30” this year, it seems particularly appropriate that she is being inserted as a heroine back into the public discourse.

LOOK: To celebrate 30 years since Welsh author Roald Dahl’s book ‘Matilda’ was published, a statue of her staring down President @realDonaldTrump has been unveiled near where the author used to live in #Buckinghamshire #CapitalReports pic.twitter.com/YlqhUo noplzG

There are quite a few Roald Dahl characters that are very Trumpian, but none more so than Miss Trunchbull, the villain of Matilda. The evil schoolmaster that Matilda has to stand up against doesn’t like children, especially clever, bold children like Matilda. She even targets Miss Honey, the first adult figure in Matilda’s life to show her any ounce of affection.

Much like the Freedom Girl before her, the Matilda statue represents more than just the novel. Maybe it is because so many of us grew up reading Matilda, but she has always been an enduring icon to girls and women everywhere. A little girl who wants to read her books and fight against the cruel powers that be? This was formative as hell.

If anything, Matilda’s story is even more important now than it was when the book, then the film adaptation, and then the subsequent Broadway musical came out. Each telling of Matilda brought to life how we, as women, could push back against injustice and defend our beliefs against bullies.

With the current state of American politics and, more specifically, the Brett Kavanaugh case, we see that women everywhere are still struggling to make our voices heard. Sure, Matilda is just a children’s book, but reading it as a kid and knowing that we can be powerful and speak up, challenging corrupt authority, meant that we were just like the male heroes we all had to read about for years. We could even be louder than the boys.

If Matilda could get away from her terrible parents and save her friends from the evils of Miss Trunchbull, we can stand up for what we know is right and let our voices be heard. And that message is essential—and vitally important—to hear and see right now.