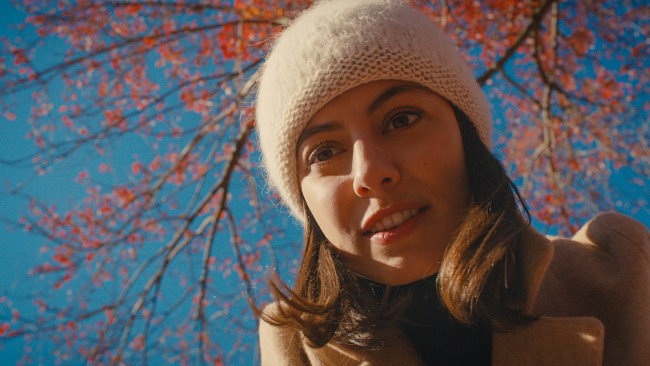 If a show could represent my soul, it would be Season 2 of Master of None. Absolutely. Without question. Aziz Ansari and Co. know how to make some beautiful (and hilarious) television. While I’ll be writing a longer piece on Monday about how I believe that Master of None is nearly single-handedly saving TV, I wanted to write today about a Hot Take that I’ve been seeing in several places that I take issue with. Francesca (Alessandra Mastronardi) being a “manic pixie dream girl.” Ugh.

Now, I’ve already talked here on the site about how I hate the phrase “manic pixie dream girl.” It’s become lazy shorthand for critics who want to describe female characters with traits they don’t like or themselves find empowering. And I get it. It was useful as a trope for a while. We need a way to talk about underwritten female characters. Also, looking at the image above, I totally get it. Is it the hat? It’s the hat, right? Totally the MPDG uniform.

Or, it’s just a really cute hat that, you know, some women actually wear.

After his break-up at the end of Master of None Season 1, Dev (Aziz Ansari) is single and has a life-changing time studying pasta making in Modena, Italy for several months. A part of that was his relationship with Francesca, but it wasn’t yet romantic. One of the most refreshing things about their relationship early on was that they really were just friends. She had a long-term boyfriend, and the three of them would hang out together. We also saw Dev being impacted by everyone in town, building relationships and really becoming a part of Modena life. Francesca, in the beginning, was only one of several people that made Dev’s time in Italy important to him.

In fact, Dev met an English woman in Modena (whose phone number he ended up losing when his phone was stolen in Ep. 1, “The Thief”) with whom he did have a cliché “instant connection” and whom we thought might re-enter the picture at some point. Especially since she was just lost in the ether. That woman never came back, but once Francesca started visiting New York with Pino (Riccardo Scamarcio) when he’d travel to the Eastern U.S. for work (those tiles aren’t gonna sell themselves!), it became clear that their friendship was more than friendship, and that each of them was searching for fulfillment in the other. 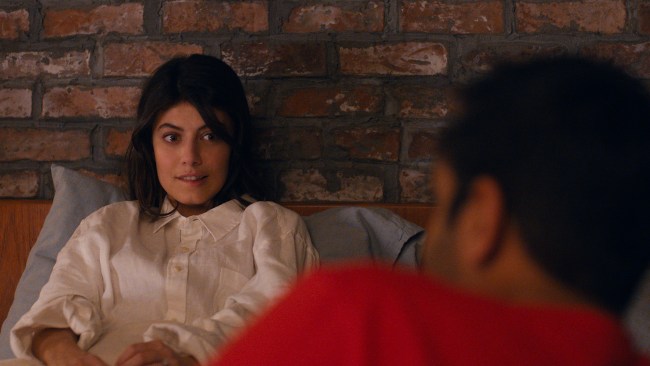 Several reviewers have been talking about how they didn’t think that Francesca was a well-defined character. Anna Silman at The Cut was particularly harsh, dismissing the character entirely, claiming she had no personality, and saying,

“I like to think Ansari would be too savvy to write such a thinly sketched American female lead (Rachel, his love interest last season, certainly had more going on). But making the dream girl European — cloaking her in a set of regionally specific interests and an adorable accent — provides a cover. It becomes an easy way to prop up a charming character without actually providing any convincing inner depth.”

Over at Gothamist, Ben Yakas writes that “Despite the considerable charms of Mastronardi, the final two episodes turn her into Italian Amelie, a Manic Pixie Dream Girl whose fuzzy motivations and bouts of whimsy don’t quite gel with Ansari’s acting style. No matter how much the show tried to convince me they had chemistry, it paled in comparison to the lived-in Dev/Rachel relationship.”

And despite actually seeming to enjoy the character and expressing the hope (one I share) that the answer to the season’s ambiguous ending is not Francesca and Dev immediately getting together, Refinery 29 couldn’t resist the phrase “Manic Pasta Dream Girl.”

I don’t know what show these people were watching, but on the Master of None season I watched, Francesca was a woman who put everything on hold when her mother died to help her grandmother run her pasta shop. She is someone who lived in a small village her entire life and only had one boyfriend to whom she eventually becomes engaged. She is a young woman who feels trapped by circumstances outside her control, and never really got to move past the prescribed script.

If anything, she’s an Italian George Bailey (you know, the guy from It’s a Wonderful Life?), turning down art school, the pull of New York, the pull of her own soul, because the pull of her responsibility to her family feels even stronger to her. No matter how melancholy it makes her. She’s someone who wants to Do the Right Thing, even at her own expense.

And yet, just like George Bailey, she can’t resist flirting with that life she dreams about. Whereas he kept making plans for college (which he forewent) and travel (which he forewent), and stays in Bedford Falls, because that’s where his wife wants to be, Francesca visits New York only to go home. She returns for a month, but is resolved to stay in a relationship that clearly doesn’t make her happy. She spends time with Dev knowing it can only go so far, but not being able to resist the closeness they share. 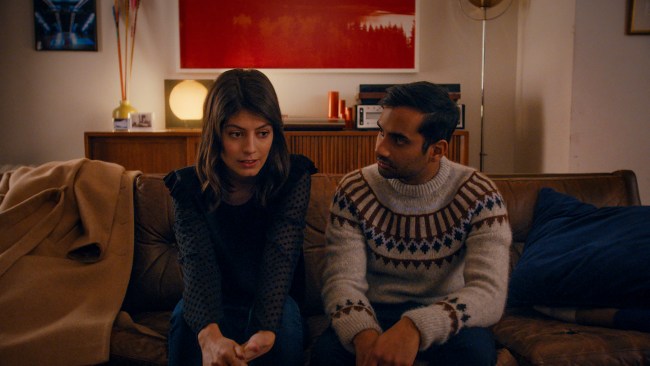 Of course, this needs to be looked at a little bit differently because she’s a female character. Women are expected put others first, nurture and care for others first. Whereas the advice we get on airplanes is to “secure your own mask before helping others,” women are generally expected to forgo their masks entirely if it means helping someone else. So, I get that, when viewers look at Francesca, they might not be happy with what they see.

Women are so underrepresented on television, that we want (need!) every female character to have a rich and deep inner life. We want her to have a personality, and a story of her own. But what if you’re trying to capture a character whose entire thing is that she doesn’t know who she is, or what she wants or needs from her life, because she’s never been allowed (or given herself any time) to give it any thought? Does that make her any less rich or compelling a character? Does “personality” have to mean that the character knows herself entirely?

It becomes clear by the end of the season that it wasn’t only Dev who had shaped a fantasy narrative around their relationship in his head. This was fantasy for Franesca, too, and while Master of None is firmly Dev’s show, Francesca was given a lot of personal attention. She was a woman who, like many women, is putting on a facade that lets everyone know she’s totally fine. No problems here!

And at first, the cracks in that facade are really subtle. Mastronardi gives a lovely performance that provides a lot of information in tiny glances. We begin to get the sense that all is not well for her in Modena from her first trip to New York. She doesn’t say anything, but she doesn’t have to. The camera lets us know what’s going on with her in small moments that are better than scenes with expositional dialogue would be. There’s quality subtext in just about everything she says, too, if you’re paying attention.

It’s then obvious when the facade cracks in “Amarsi Un Po” and we, like Dev, immediately notice the shift. The cute, boisterous, playful persona needed to be really amplified in order for the shift to be striking, and that’s what made it work for me. However, just because that facade was there, doesn’t make Francesca any less real or nuanced. Real flesh-and-blood people put on facades all the time.

We need to be better about differentiating poorly-written characters and poorly-developed characters. What I mean by that is, that some people in actual life don’t know how to define themselves. If you were to ask them what they like, or want, or need, their answer would be variations on “I don’t know.” Those people are no less deserving of having their stories told on screen, and there’s a lot of drama in an ill-developed person.

Whereas we’re really used to seeing male slacker characters, or male characters who don’t have much going on, or who are lying to themselves, or doing horrible, less-than-honest things while figuring their lives out, we’re less used to watching women do that on screen. Francesca is such a person, and in the case of Master of None, I think she’s an example of one of those types of people being written really authentically.