Girlboss‘ Sophia Is Not a ‘Manic Pixie’ Anything, Because You Can’t Be One of Those TO YOURSELF 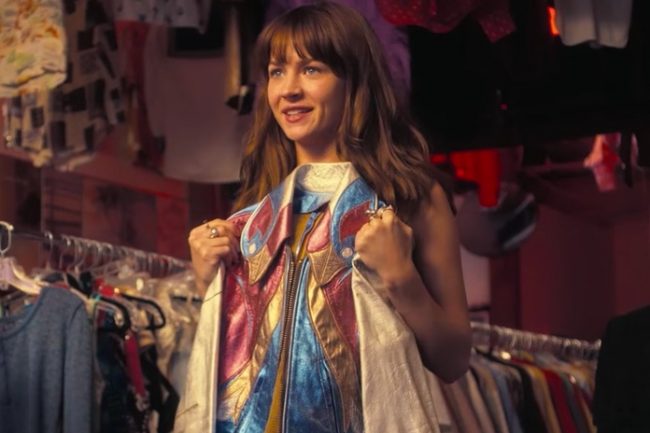 Look, I get it. People come up with snappy phrases to define overused tropes that signal inadequate representation of marginalized groups in media. They are often helpful to make people aware of the negative ways in which, say, women are portrayed in media. In the case of Netflix’s Girlboss, however, the phrase has been rendered meaningless as several reviewers employ the term simply to describe qualities in a female character they don’t like.

First, I’m only halfway through Girlboss on Netflix. I’m thoroughly digging it, but I’m savoring it. I’ve never been one to binge on shows. After all, the faster you binge, the longer your wait for new episodes. However, despite what some reviewers think, it hasn’t taken me until the end of the series to see what’s sympathetic about Sophia, the show’s protagonist.

But those two things—a artistic spirit and a lack of means—are a perfect recipe for Pride. Creative energy with no outlet can easily make a person so proud that they would rather do just about anything than have to move back in with their parents. After all, you’re so creative about everything else … why can’t you creatively solve your own life?

Plenty of people have trouble leaving their parents’ homes (thanks, economy!), and this is the opposite extreme. Rather than being afraid of needing to make it on one’s own, one is afraid to ask for help, afraid to seem incompetent. This manifests itself as false bravado, and those who exhibit it, like Sophia on this show, often know they’re doing it. As she asks in one episode, “Why am I such an asshole?”

My answer to her would be, “Because our defense mechanisms often make us assholes.”

I see all this in Sophia, and I completely relate. Pride is one of the Seven Deadly Sins for a reason. Left unchecked without anything to back it up, it festers, and the prideful person tends to lash out at others. Sophia knows she’s smart, and she knows she wants to do something big, but she’s 23 and doesn’t know what. Pride isn’t an attractive quality. It could certainly become something that makes a person unlikable, but unlikable doesn’t mean unsympathetic to me—because Pride makes most of us unlikable from time to time.

Clearly there are a lot of Perfect People who’ve never in their lives been prideful watching this show and totally not relating at all:

“[Y]ou may get so frustrated with her manic-pixie-jackass routine that you just give up and decide to invest your binge-watching business elsewhere.” –  Vulture

“With its emphasis on success at any cost, Girlboss has created a disgusting hybrid: the manic pixie capitalist. She is Patrick Bateman in platform boots, Ivanka Trump in Zooey Deschanel clothing. Sophia Marlowe is tortuously annoying, with her plot-device neurosis and her nonsensical tantrums. She’s not scrappy and determined, she’s grabby and obnoxious.” – The Irish Times

“As a lover of fashion and innovative retailers, Girlboss was something I desperately wanted to believe in. However, it’s hard to get around the hypocrisy behind it all – as well as Sophia’s manic-pixie reckless attitude.” – Popdust 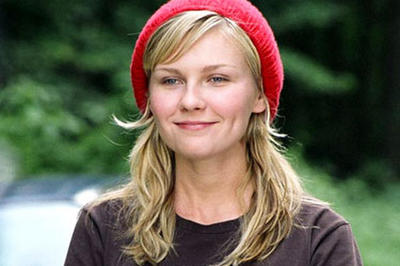 Something else a lot of people seem to be doing, in addition to not relating to the things of which Pride makes us capable, is trying to figure out new and exciting ways to use the phrase “manic pixie [fill in the blank].” Because apparently, the only way to describe an unlikable young woman is to call her manic and also to compare her to a fantasy creature.

Film critic Nathan Rabin coined the term Manic Pixie Dream Girl after seeing the film Elizabethtown, in which Kirsten Dunst’s character seems to only exist to brighten Orlando Bloom’s day and help him figure out his life. There are plenty of thinly-written female supporting characters in film that serve a similar function, and so it makes sense to have a term to describe that trope. He described ‘Manic Pixie Dream Girl’ as, “that bubbly, shallow cinematic creature that exists solely in the fevered imaginations of sensitive writer-directors to teach broodingly soulful young men to embrace life and its infinite mysteries and adventures.”

Rabin has since expressed regret in coining the term, mostly because of how it’s spiraled out of control to the point that people have been using it when writing film criticism to mean things it doesn’t mean, and/or criticizing the term itself as sexist.

There, I’d agree. As I said above, why is it that all enthusiastic, emotional women in films are described as “manic?” If you’re that enthusiastic and emotional, you’re clearly mentally ill? If you’re that cheerful and sweet, you must be some kind of fairy? In other words, “real women” tone it down, in addition to having curves.

I’ve always had an uneasy relationship with this term, because I have a tendency to be bubbly and enthusiastic. I’ve been known to burst into song for no reason, encourage people to have adventures, often dragging them by the hand, and sounding damn near Polyanna-ish in response to challenges I face. If I were a character in a film, I’d likely earn this label, and I think that the derogatory nature of the words “manic” and “pixie” are hugely unfair. When people focus on this element of the trope, it feels like a dig against a huge chunk of my personality.

Those words totally take away from the truly important part of the trope: Dream Girl. That element is what makes this trope matter and important to label. The fact that this type of female character is a living embodiment of a male character’s dream girl.  She only exists as a fantasy object in relation to a male protagonist.

Which is why reviewers trying to shoehorn Girlboss‘ Sophia into a “manic pixie” box doesn’t make any sense to me. It is impossible for her to be a ‘manic pixie’ anything, because Girlboss is her story. Using a trope specifically designed to point out thinly-conceived female characters that only exist to further plot in male stories to criticize a well-defined, if insufferable character who is the protagonist of her own is ridiculous.

One might not agree with her capitalist values, or her dreams for herself, but she has them. She is a fleshed-out person with goals, hopes, and dreams. Underneath her prickly exterior, she has a moral code. One that she sometimes herself forgets, but still. She’s not perfect, but she’s an actual person.

Believe it or not, one can have both prideful defense mechanisms and youthful, enthusiastic exuberance without being “manic.” One can find joy in her city and want to encourage others to not follow a prescribed path without being a “pixie.” Some might call having all these qualities at once “being multi-faceted.” Some might even say a character like that is “nuanced.” (And a huge shout-out to Britt Robertson for her equally nuanced performance, which is a large part of what makes Sophia successful.)