Mass Effect 3’s Endings Were Stupid, But They Don’t Ruin The Franchise 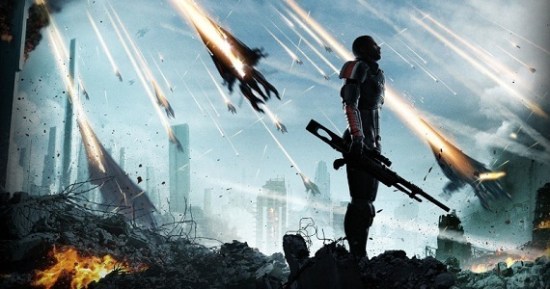 Mass Effect 3 was the first Day 1 game purchase I’ve made in at least 5 years, possibly my only one ever. I can’t remember. I desperately wanted to avoid all influence, spoilers, reviews, comments, and play the game in a vacuum to get my own take on the conclusion of a series I’ve come to love ravenously. That, of course, proved impossible and when I heard talk of a petition to change its ending, I started getting seriously worried. Now that I’ve finished it, I can confidently say that the endings were bad, they were stupid, they were avoidable, but they did not retroactively ruin the franchise or rob the previous games of their value, and if you feel like they did, it’s probably as much your fault as it is Mass Effect 3‘s.

It should go without saying, but there be massive spoilers a’comin’. For all three games in the series, and possibly for ME2 DLC. 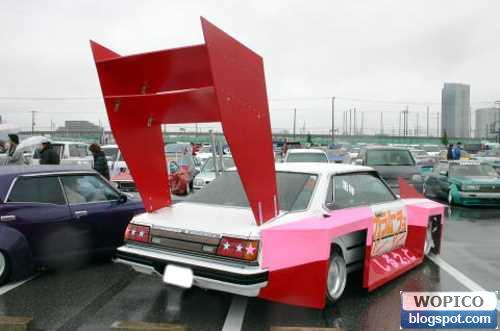 Okay, so I want to get this out of the way now: I firmly believe the endings to Mass Effect 3 were inexcusably stupid and inexcusably similar. I’m not some Mass Effect 3 apologist, but I do think some of the fanbase has taken it too far, and while your feelings of soul-crushing emptiness may certainly be real, they might not be warranted, or even entirely the game’s fault.

That being said, man, what a bummer, right? The only choice players seemed to have was between being upset and being enraged, and that one is pretty difficult to make. As best as I can parse it for myself, there are three main problems with the Mass Effect 3 endings, and that’s their plot holes, lack of resolution, and similarity.

If you want to talk plot holes, there is no shortage of them, and the worst bit is that it wasn’t like there were just some issues the ending couldn’t resolve, it’s that there are plot holes the ending raised and then refused to resolve. For instance, when the mass relays are inevitably destroyed (more on that later) the Normandy is in transit. From where? To where? Were they running from the fight? Not to mention the lion’s share of the galaxy’s military force is now stranded in a ravaged solar system. And don’t even get me started on that damned star child. As if the Mass Effect universe wasn’t large and rich enough, the endings all bolted on a bunch of spirituality and a whole organic vs. synthetic dichotomy that was not properly foreshadowed at all. This is all on top of that stupid kid’s attempt to humanize Shepard which was painfully misguided because Shepard isn’t a even character per se, you are the character.

Granted, some of these plot holes are annoying just because of the lack of resolution. Take the destruction of the mass relays stranding everyone on Earth. That’s fine! Just tell me about it! The Normandy crash-landed on a random planet and Joker is miracuously still able to walk? Fine! Where? Who else? Why? Or even just tell me that they don’t know. And the star child? Not fine! Not fine under any circumstances! With the game mentioning that things must occur “at all costs” practically every other minute, I think it’s perfectly fine for mass relays to be destroyed, or hell, for only primitive unevolved lifeforms to survive the Crucible blast, just so long as the effects are dealt with and addressed. I was looking forward to seeing a post-Mass Effect 3 world, struggling to catch up with its seat-of-the-pants solutions to centuries old conflicts, but at this point I’d settle for anything verifiable.

And lastly, where I think most of the ire comes down, is the similarity of the endings. For the most part, I agree. My first playthough, my main Shepard, was Renegade, so I rushed to the ending and felt no penalty for having done so. I felt the same way after I watched the other cinematics on YouTube. It really is a matter of deciding the color of your explosion, which is pretty inexcusable. As is the uniform destruction of the mass relays. I mean, Mass Effect 3 was built for non-canon endings, or only canon endings, or something. It should have been no-holds-barred, but instead it seemed a little more “Use this same cinematic in all of them and make it simple for the ‘new players’ we seem to think we have!” It would have been nice to see a bad ending, I mean, a good bad ending, or some endings where at least one of your choices — the final choice if nothing else — came into play.

Where I draw the line however, is at saying that this admittedly stupid ending somehow retroactively diminishes the validity of the previous two games in the series, or everything but the last 5 minutes of Mass Effect 3. It’s like the argument that a crummy ending doesn’t ruin the rest of an otherwise good film. The retort to that (besides just “YES IT DOES”) is that Mass Effect is all about making choices and if those very choices are disregarded at the bitter end, the games are pointless. I heartily, heartily disagree for a few reasons.

First and foremost, if you feel that you “lost” 100 hours (or so) of your life playing Mass Effect 1 and 2 because 3 didn’t pay off, you were doing it wrong. If you ground out 3 or 4 playthroughs of those games because you were anticipating some sweet, sweet Mass Effect 3 love and not because you genuinely enjoyed those terrific games, you were already wasting your time and it’s not Mass Effect‘s fault you made a gamble. Investing is always a gamble. Besides, there have been some warning signs.

Remember how at the end of Mass Effect you saved or killed The Council and replaced them with human sympathizing humans (or not)? Remember how much it did or didn’t matter? After Mass Effect 2, I could hardly remember what I chose because the impact was practically nil, despite the fact that when I made that decision I paused the game and thought hard for about 5 minutes. Ditto the Rachni Queen, and all that jazz about the Thorian. Most of it resulted in throwaway lines if anything. The only choices that seemed to have a lasting effect were deaths. Even then, Mass Effect 2 was pretty good at glossing over characters that could have died in 1. Already, the whole pay-off thing was looking weak, then again, it was only the second game, then again so many things improved from 1 to 2 compared to 2 to 3, you’d expect that if they were going to get it right, they would have gotten it right at 2. Also, considering their big addition to 3 was multiplayer, all sorts of warnings signs should have been flashing.

Of course, this all involves being a pessimist, mistrusting a studio that brought us the wonderful Mass Effect 2, and out-and-out expecting the worst. It also implies that if you expect a poorly written ending, it’s okay, which isn’t necessarily true. Maybe you should have been able to bank on the ending and have it pay off. Either way, Mass Effect 3 and the series on the whole is so much more than its ending. While some seemingly huge choices were relegated to a throwaway line here or there, the deaths were adhered to well. My first playthrough I had 3 companions. Even with the subpar ending, I’ll play again because I’d like to know what Garrus has to say about things, or where we find Tali. For all its follies, Mass Effect 3 seems to have a lot of content tucked away, and I want to see more of it, even though it has little-to-no affect on the ending. And while Mass Effect 3‘s ending may have trivialized a lot, there was — and still is — way more to the series than a conclusion. 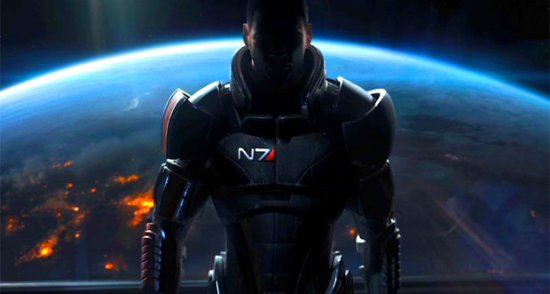 I like to remind myself is that this was kind of an experiment. No series has ever attempted consequence-centric gameplay on such a wildly epic, 5-year, 3-game scale before and there were bound to be mistakes. Again, that’s not to say this excuses the horrible endings which should have been much better, but there are certain technical limitations, even if those limitiations were due to things like deadlines, the addition of multiplayer content, and an absurd obsession with “bringing in new players.” No miracle can save a game from the industry that produces them. The endings could have been better, but it’s unlikely they would have been good enough. Regardless of what we might have gotten, I’d venture to say that a lot of us were probably hoping for too much.

When viewed as an experiment, the games take on a whole new flavor of entertainment. Watching the little things, the way characters snap in and out depending on who has died, the way multiple love interest possibilities are handled, the things that are remembered, or forgotten, is intriguing. Even in its failings Mass Effect 3 is interesting as it highlights the inherent difficultly of hiding the cogs and gears and seamlessly weaving a coherent story out of a vast array of player-made decisions. It’s a fantastic study in both game design and narrative investment.

Although I was afraid it might, even the worst of the endings wasn’t able to go back and rob the series of the charm it had with its ambitious and difficult aspirations. Mass Effect ended more poorly than it should have and even if it is “fixed” by DLC, it will remain tarnished, broken but utterly fascinating nonetheless. I only hope that someday, the series that Mass Effect deserved to be will be built upon the foundation Mass Effect left behind.