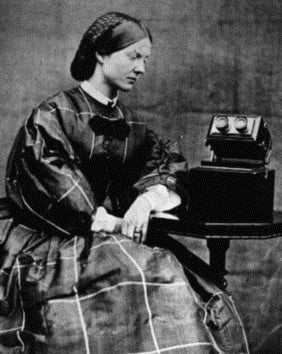 Mary Ward is famous for one thing: She was the first person to ever be fatally injured by a car. She has gone down in history for this rather unfortunate event in her life, but (unsurprisingly if you think about it) she actually lived a life before it was brought to an end. And it turns out that life was pretty spectacularly impressive.

During her childhood, Mary spent a lot of time on her hobby of drawing ants. A gifted artist, she used a magnifying glass and drew them in great detail. Witnessing this, an astronomer friend of her family’s suggested the girl be given a microscope.

This led to a lifelong love of microscopy. She built her own slides out of ivory, and since exceedingly few universities accepted women as students in that time, she taught herself. She conducted extensive personal correspondence with scientists as a learning tool, and was the first woman on the mailing list for the Royal Astronomical Society. She wrote and self-published an illustrated book on microscopy (A World of Wonders Revealed by the Microscope), which was then picked up and published, to go on to sell out and stay in print until 1880. Physicist David Brewster also used her illustrations often in his work.

Here are some of her illustrations: 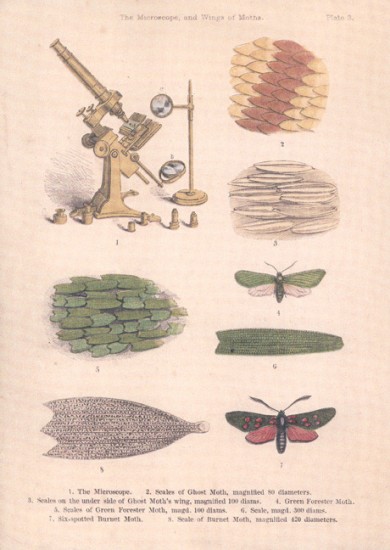 This was during a time (the mid-1800s) when being a woman meant almost certain ostracism from the scientific community. Mary took that, ignored it–or, more likely, just bowled past it–and made herself into a respected member of the community, without any formal education. She sought education where she could, consulted with those who society would let into the universities, and taught it to herself. She was basically a mid-ninteenth century BAMF.

(Fun fact: She is also the great-grandmother of Doctor Who‘s Romana, which is completely irrelevant other than the fact that we just happen to find it cool)

Mary also happened to come from a very scientific family; One cousin built what was for a while the world’s largest telescope; some other cousins, well, they built a very early model of the steam-powered automobile.

Riding out with them in the car one day, the heavy vehicle hit a bend, sending Mary under the wheel. It killed her instantly, breaking her neck.

The recorded information of Mary largely revolves around the incident of that day, but it is a travesty to remember this woman based on something that happened to her rather than all the amazing things she made happen. Artist Emilie Clarke sat down with Cabinet Magazine and talked about her research into the archives of a bunch of female scientists, Mary among them. Of Mary, she says “I think of Ward, especially, as being a science writer before that role existed. She wrote for the schoolroom.” Here’s a tidbit (the entire interview can be found here):

Ward was encouraged to explore science. There’s a story about the astronomer Sir James South noticing her studying with a magnifying glass, and telling her father that he must buy her a microscope. She was trained to draw, as women of the period were if they had any polite education. She corresponded with Sir David Brewster, who invented the kaleidoscope. But as far as I can tell, she entered into her professional contacts with a practical or illustrational—but not creative—interest in science. Natural history was becoming an industry; it was pre-photography; accurate imagery was needed. Ward had eight children, and she must have been responsible for managing the household. She had to publish Sketches with a Microscopeprivately, because no one wanted to take a risk on a woman’s scientific writings. But Sketches was reprinted the next year as A World of Wonders Revealed by the Microscope: A Book for Young Students. It sold well for twenty years. She also wrote a book called Telescope Teachings (1859), so she worked with specialists’ instrumentation at micro and macro levels.

Mary’s wikipedia introduction refers to her as the first person to ever be fatally injured in a motor vehicle accident. This is true, yes; but Mary Ward is a reminder that even when people make history with their deaths, they may have lived even more remarkable lives.

(via Jalopnik, image via Sciverse)