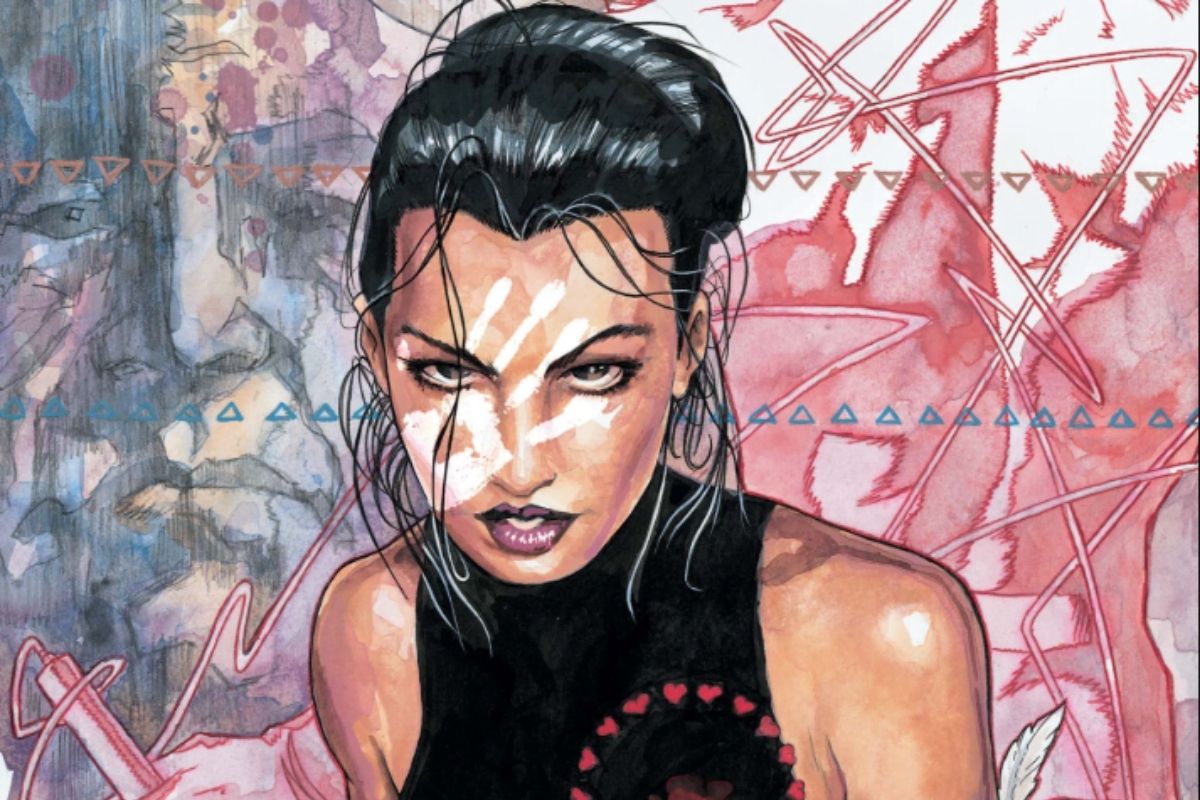 Marvel Studios and Disney+ have been pretty hush-hush about their new Hawkeye show. But thanks to set photos shared by JustJared.com, we’ve finally got the first glimpse at Alaqua Cox’s Echo, a.k.a. Maya Lopez. The photos linked below show Cox sporting a leather jacket, jeans, and boots while standing next to a motorcycle. She was also seen riding the motorcycle.

Echo debuted in 1999’s Daredevil #9 as a supporting character. She was the creation of David Mack and Joe Quesada, and she is one of the very few deaf comic book characters. Though we don’t see it in the pics below, a white handprint across her face is key to her depiction, a remnant of her past and the bloody handprint left by her dying father.

Lopez also possesses photographic reflexes. Basically, if she sees you doing something, she can perfectly copy you. So, if you’re in a fight against Echo, with years of training under your belt, she can learn those moves and use them against you. It’s seriously one of the most useful and badass powers in the Marvel Universe and makes Echo a dangerous foe.

See the first photos of Alaqua Cox as Echo on the set of #Hawkeye! https://t.co/tJcOyClqdx

Alaqua Cox as Maya Lopez/Echo on the Set of Hawkeye in Atlanta, 07-04-2021#Hawkeye #MarvelStudios

Alaqua Cox as Maya Lopez/Echo on the Set of Hawkeye in Atlanta, 07-04-2021#Hawkeye #MarvelStudios