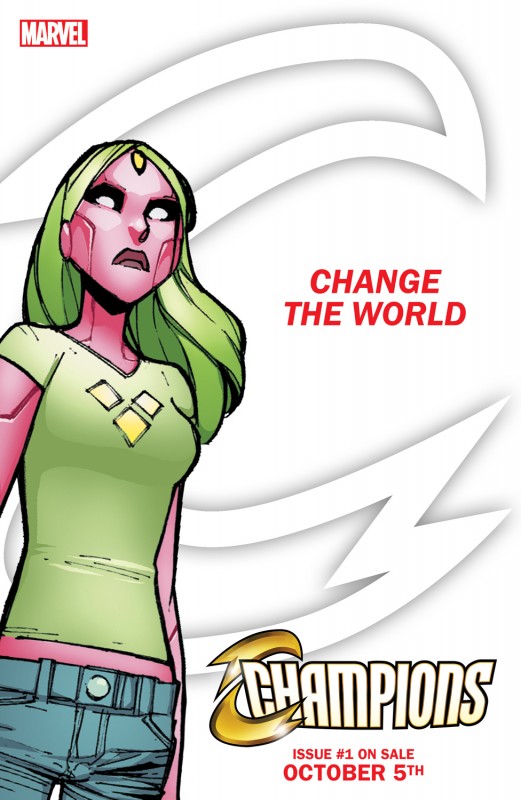 Within the past few years, Marvel has truly excelled at consciously choosing to diversify and modernize its heroes to reflect the country and world in which we live. From Miles Morales and Kamala Khan to Viv Vision and Amadeus Cho, Marvel Comics shows that young people of all backgrounds want to not only save the world, but change it. Get ready for Champions, Marvel’s newest super team!

Champions, written by Mark Waid with art by Humberto Ramos, is a new ongoing title that introduces a new super team made up of the Marvel Universe’s younger, most progressive characters. Ms. Marvel, Spider-Man, Nova, Cyclops, Viv Vision, and the Totally Awesome Hulk are joining forces to come into their own and tackle the world’s greatest threats. The latest ad campaign, as you can see above and below, emphasizes the fact that these heroes are determined to change the world. 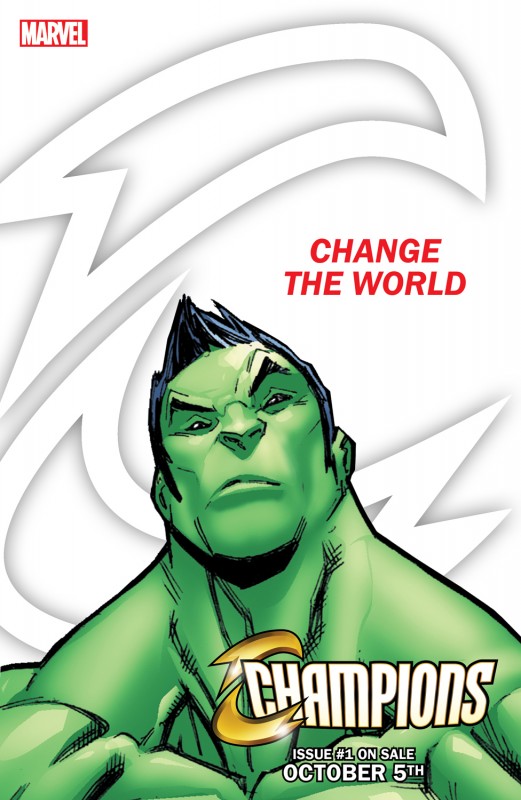 Following the fallout of CIVIL WAR II, Avengers Ms. Marvel, Nova and Spider-Man strike out on their own — joined by Cyclops, Viv Vision and the Totally Awesome Hulk! Six young heroes determined to change the world — and they’re only the beginning!

I’m a sucker for teen superhero teams, and am absolutely in love with teams like the Young Avengers, the Runaways, and the Teen Titans on the DC side. Mark Waid (Archie) and Humberto Ramos (Runaways) have plenty of experience writing and drawing for both young characters and young readers at various publishers, so they are the perfect team to be taking on this book!  When Champions #1 drops on October 5th, I’ll be snagging it immediately. Will you?

(via The Beat, images via Marvel)