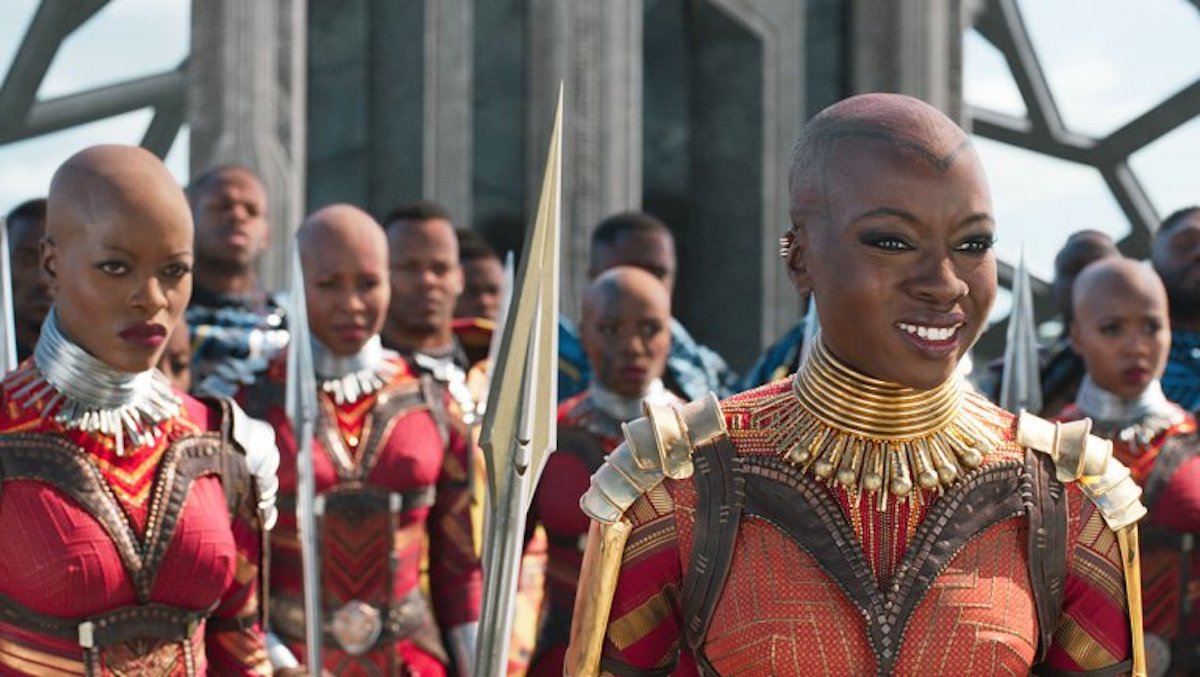 Marvel’s TV offerings, much like their movies, have had their ups and downs, but a fan has hit on an idea that we can’t see a reason not to love: a series about the origins of Wakanda, the (fictional, internet trolls will helpfully remind you) nation that’s home to Black Panther/T’Challa, Shuri, Okoye, M’Baku, and all the other instant-fan-favorite characters from the movie. It’s not quite a flight to Wakanda, but until those are more than just a bit of fun, we’ll gladly take this show instead.

Eric Hamilton’s petition is up now on Change.org and has already blown past its goals in a big way, approaching 2,500 signatures at the time of this writing. After laying out Black Panther’s success—which just got bigger, as it has just now become the top grossing first week for any Marvel movie—in movie theaters, Hamilton explains, “Telling the back story of Wakanda would be a game changer. How did Wakanda become the most technologically advanced country on Earth? From the technology to the artistry coupled with the rich African traditions, the fans demand more. The Black Panther fanbase would love to see a Wakanda Series on Netflix. This series would expand the depth of the Marvel universe and we feel Marvel/Disney would enjoy creating and adapting these stories as much as we would love watching them. Do you agree? If so, then sign and share this petition.”

There are just so many reasons this series is a no-brainer, even beyond the financial success that would surely rain down upon it. First and foremost, the movie excelled at presenting a full cast of interesting, compelling characters beyond just its eponymous hero, which could easily translate to a TV show that might even avoid the mid-season drag experienced by many of Marvel’s Netflix series—even though it would focus on a different ensemble from the movie.

But that’s also a great strength: Being set in the past, it wouldn’t feel like it was lacking in conspicuously absent connections to other Marvel properties. It could more naturally provide an entire separate corner of the Marvel universe to explore, especially with Wakanda’s history of being cut off from the outside world. There’s more room to run with a brand new set of characters that don’t need to be forced into Marvel’s heavily interconnected Easter egg extravaganza. (I don’t need to meet another, even earlier generation of Starks, thanks.)

We just have to hope that the people behind Marvel aren’t having as difficult a time acknowledging Black Panther’s obvious success as everyone else, though. We’re still seeing questions like “Can Black Panther’s box office success translate to merchandise, toy sales?” (I sincerely doubt Marvel is questioning that) and needless explanations of why it could ultimately topple The Last Jedi financially (because it’s great).

Meanwhile, fans are seriously calling up Wauconda, Illinois and asking about vibranium, because they cannot stop thinking about this movie. If Marvel doesn’t go for this idea or something like it, they’re leaving a lot of people hanging for no good reason. Wakanda Forever!