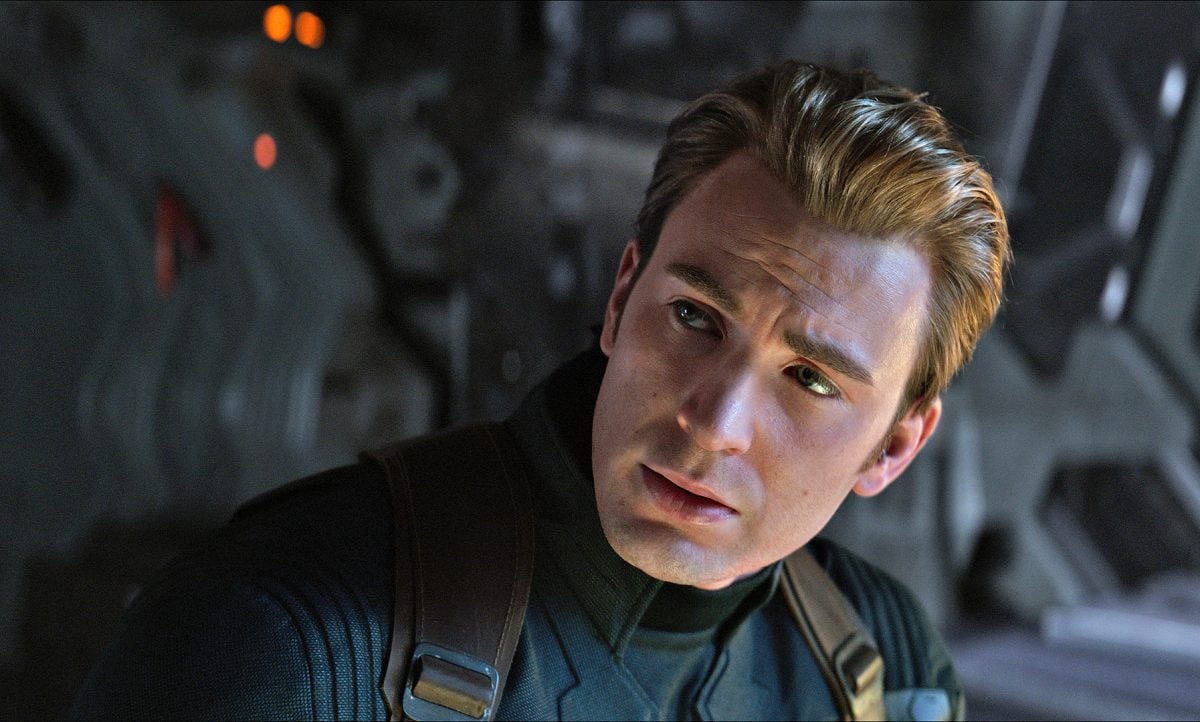 Marvel maybe just released the weirdest thing out there, and I think it might be part of the Mueller report? In a very strange new post on their website, though dated June 11, 1999, Marvel shared a look into some of their “secret weapons” through a document that states that it’s confidential information. It also says “Do Not Publish,” but … here we are.

While they are from the official Marvel site, the images are just simply explaining some of our favorite characters. They’re not spelled out, but … you can figure out who they’re talking about. Why did these come about back in 1999? Honestly, who knows? But it is fun now to see how, out of these three characters, two of them are fully ingrained in our pop culture conversation, so over the last 20 years, their importance has shifted. 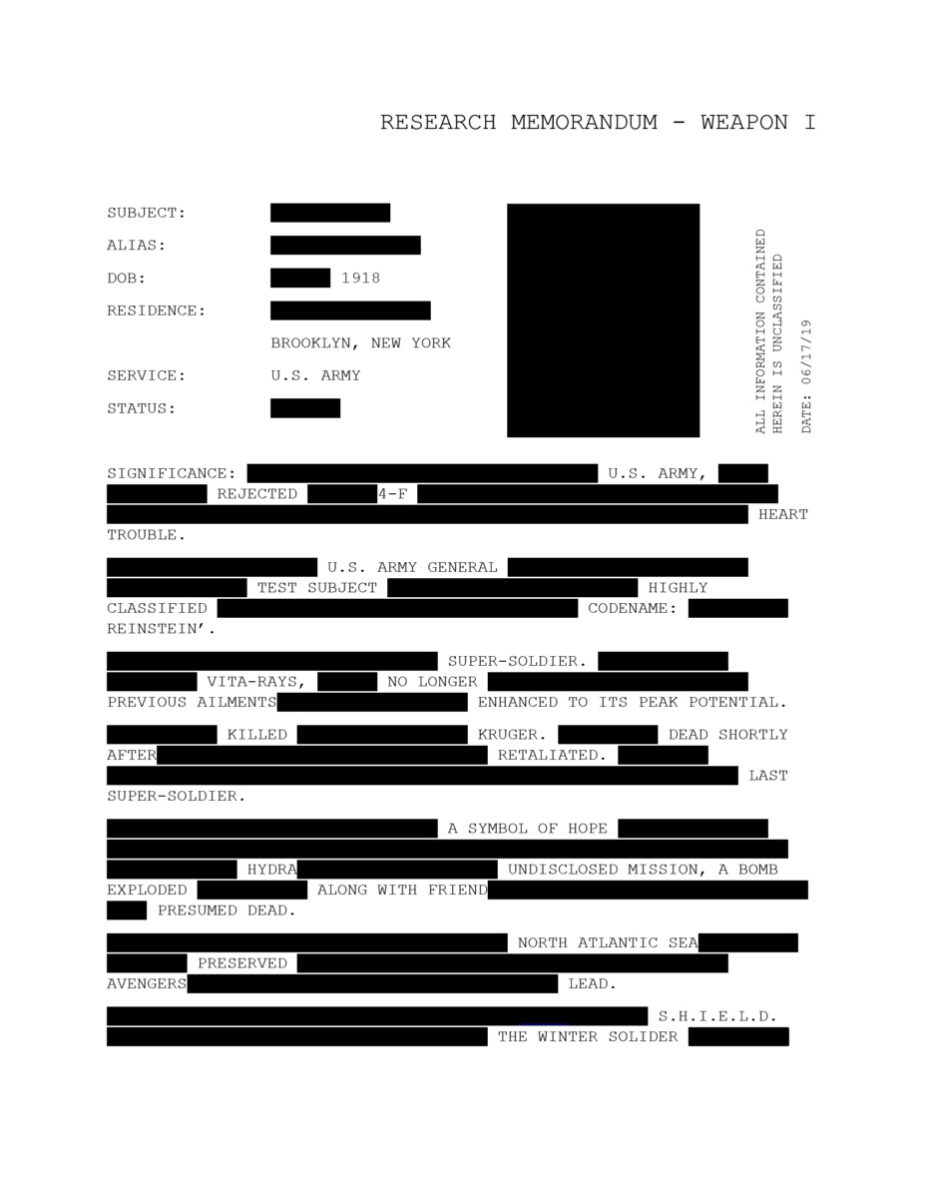 Then comes Logan, the member of the X-Men that so many have come to relate to and love. He is known in the documents as “Weapon X.” 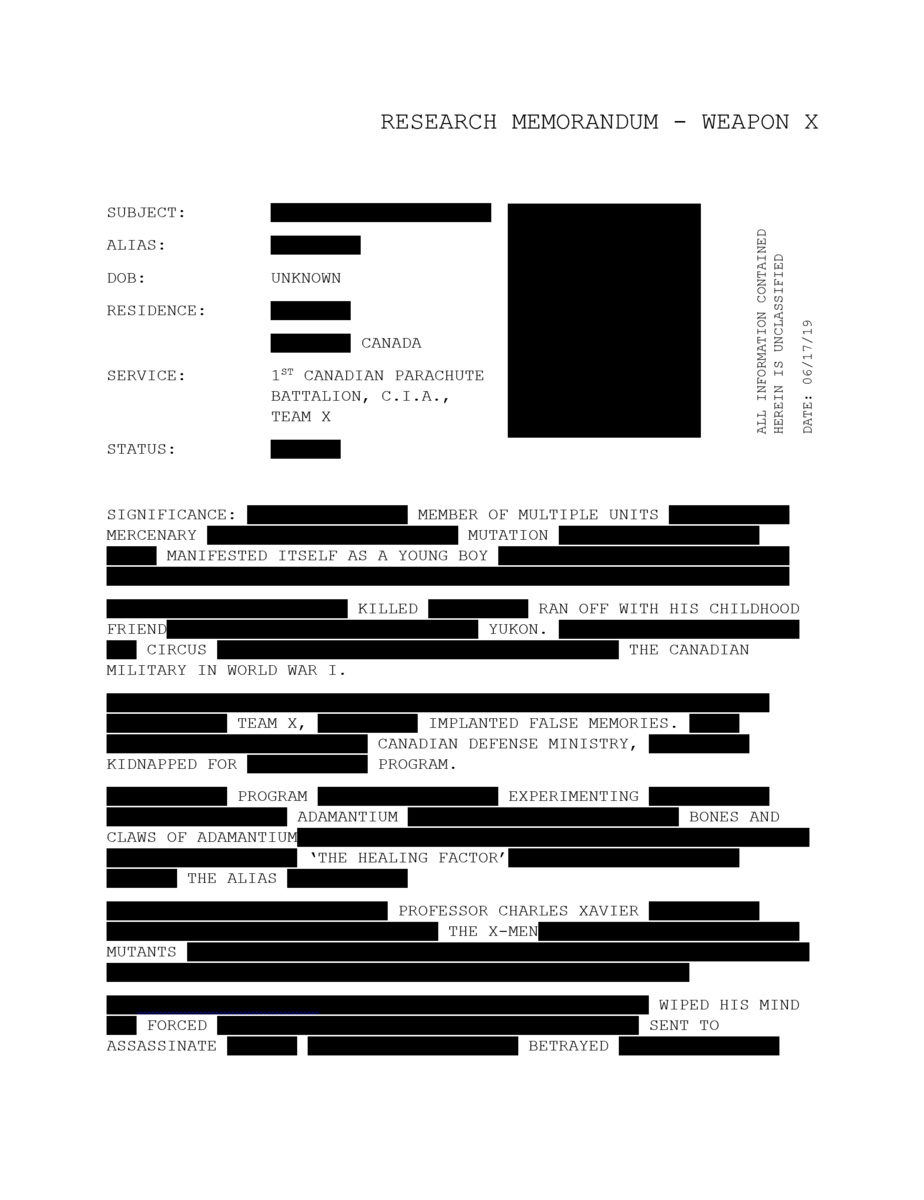 The last isn’t as easy to figure out. But, in knowing who Charlie Cluster is, we can figure out that the final image is talking about Fantomex, exploring his place within the superhero canon and is called “Weapon XIII”. 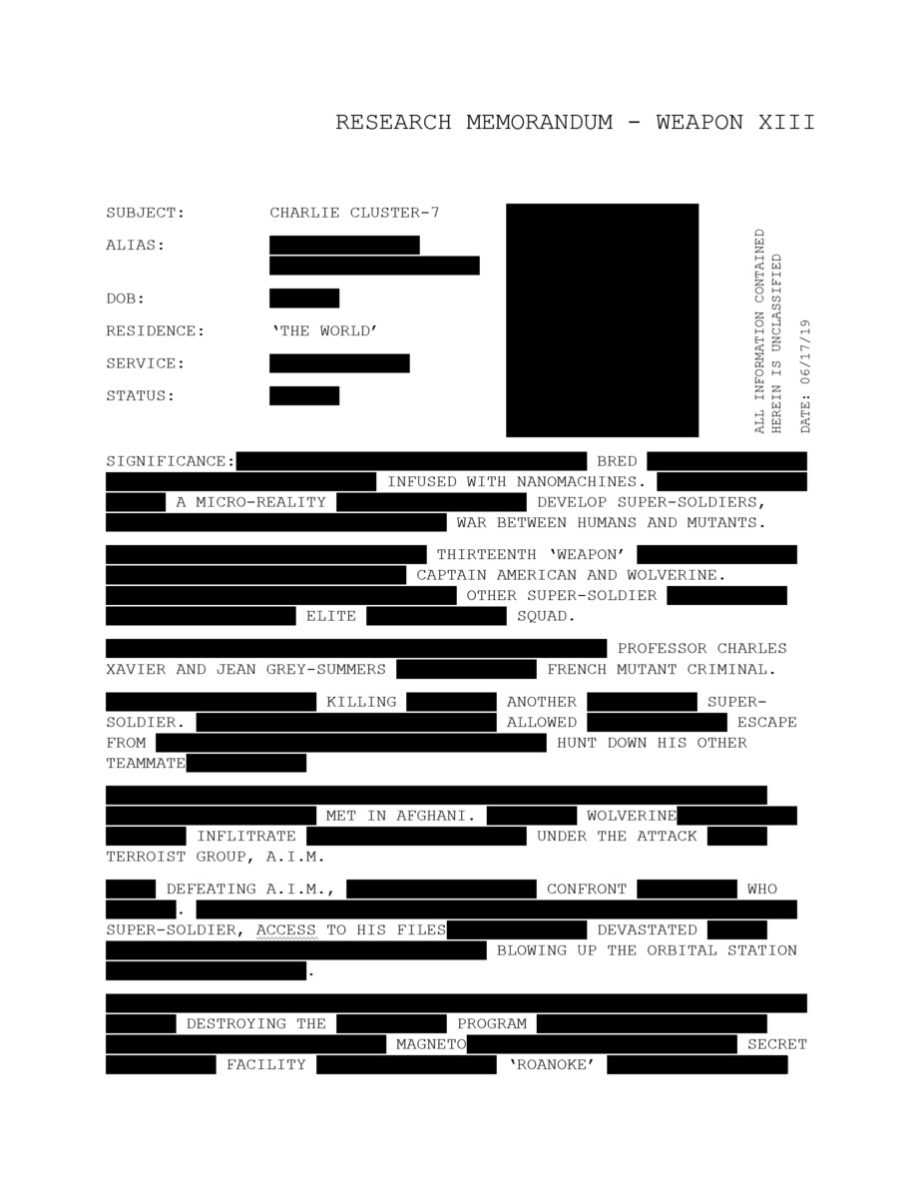 What makes these documents so funny is because of the “redaction.” Sure, it’s standard procedure for an official document that is deemed to have “confidential” information within it, but with a document as serious and high-profile as the Mueller report having come out earlier this year, it’s funny to see the same kind of format used to express information about superheroes.

Honestly, if the Mueller report were all about secret superheroes that the government, I’d be way more interested in it, but with everything going on in Donald Trump’s madness, the Mueller report seems like just the tip of that iceberg. So, I prefer these, thank you very much.