Marvel Releases “Phase Two” Boxed Set, Giving Us Reason to Buy All These Movies All Over Again

But THAT MORAG ORB, THO. 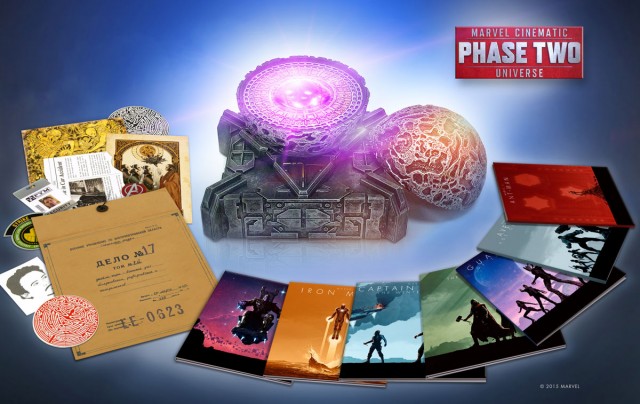 As loyal Marvel fans (as I’m sure many of us are), you probably already have a bunch, if not all, of the Phase Two movies. Well, get ready to spend money buying them all over again.

Marvel has released a first look at their Phase Two Blu-ray/Blu-ray 3-D/Digital boxed set, which looks pretty sweet and comes with a life-size prop replica of the Morag Orb from Guardians of the Galaxy! And OMG, it looks like it lights up. Whaaaaat? In addition to that awesome prop, the set also comes with a gold-foiled page from the book of the Dark Elves, an ancient drawing from the Morag vault, Avengers and S.T.R.I.K.E. uniform patches, a replica of the Tony Stark tattoo from Iron Man 3, and some other knick-knacks and doodads that should make any Marvel fan happy.

And, of course, there are the films themselves, each of which seems to come in a beautifully designed, minimalist slip case. Check out the full list of what’s included:

Add this one to your holiday shopping list. The Marvel Phase Two boxed set will be available exclusively through Amazon December 8th.