Marvel Is Getting Sued Over Their Avengers DVD Briefcase Set 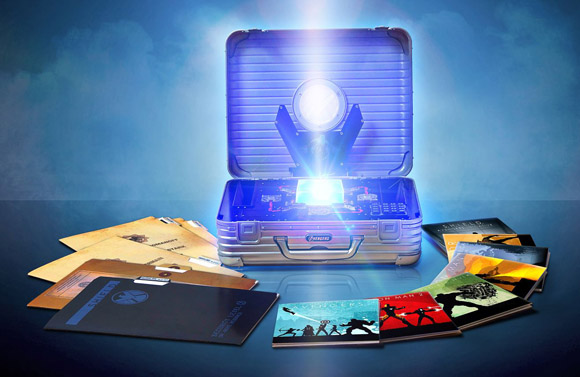 I don’t know about you but I wouldn’t mess with Nick Fury of S.H.I.E.L.D. but a German luggage company is about to step up to the main man in a big way. The company, Rimowa GmbH, is suing Marvel and owner Disney’s Buena Vista Home Entertainment. Why? See that magnificent DVD case above? That’s one of Rimowa GmbH’s designs. We know that for sure because they allowed Marvel to let Samuel L. Jackson carry it in The Avengers. What they didn’t do was allow Marvel to mass produce and sell it. Oops.

I was honestly a little shocked when I first saw this story. This doesn’t seem like the type of thing that would get by Disney’s lawyers. But let’s take a look at the details we know so far.

According to The Hollywood Reporter, Disney/Marvel and Rimowa will head “into federal court in California over itsattaché case products, which are prized by the company ‘for being impervious to the elements and being virtually indestructible.'” They offer it in a few different sizes and it can run anywhere from $650-$750. Here’s what the real deal looks like. 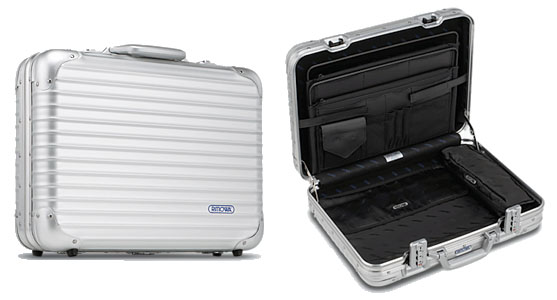 Rimowa says they have no problem with how their Topas attaché case was used in The Avengers, they gave permission for that. “However, Marvel did not obtain any license or authorization from Rimowa to make replica copies of the cases for any purpose,” says the plaintiff in the new lawsuit. Marvel is currently advertising and taking pre-orders for this set they call Marvel Cinematic Universe: Phase One — Avengers Assembled Box Set. We previously showed you the stylized art that is meant to go along with each of the included films.

“Images of the replica briefcase on Marvel’s advertising materials, and fan video from Marvel’s product display at this year’s Comic-Con convention, show the plastic ‘replica case’ to be a close copy of Rimowa’s Topas attaché case in every respect but quality,” states the complaint from Rimowa, “from the proportions and coloring, to the style of the handle and latches, and, of course, in the use of the trademarked parallel ridges around the body of the case.”

Without seeing copies of their original contract I can’t say for sure but this seems like a really big mistake on Marvel’s part. Will Rimowa block the selling of this set until the litigation is done or make a deal that allows Marvel to go ahead with the set as planned? Time will tell but I know at least a few Marvel Universe fans who are going to be disappointed if they can’t pretend to be Nick Fury.