I LOVE the Kamala Khan cover! 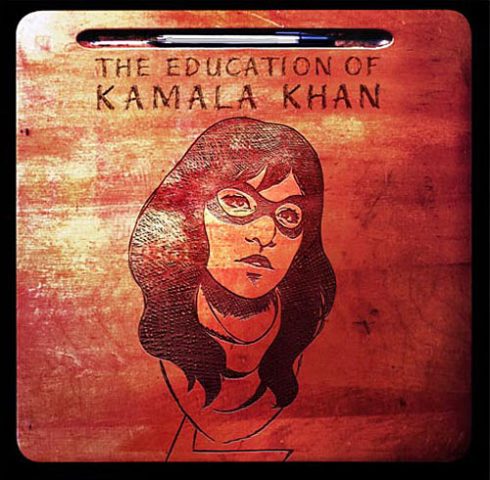 As part of its All-New, All-Different universe, Marvel announced a series of hip-hop variant covers designed to both celebrate the new comics and new universe being launched while also paying homage to classic hip-hop album covers. This didn’t sit too well with some critics, who called the move culturally appropriative. Now, in an interview with Comic Book Resources, Marvel Editor-in-Chief, Axel Alonso, addresses the criticism the covers have received. 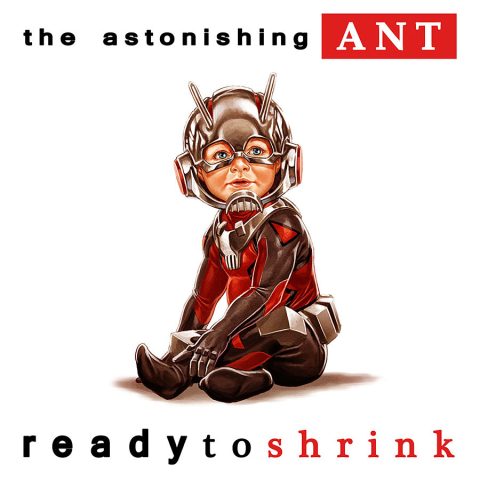 The complete interview is pretty great, so you should definitely check it out. However, here is the (rather long) bit where Alonso specifically addresses criticism of the covers:

When we launched this initiative, we knew there would be critics. At San Diego Comic-Con, I was previewing the covers on my iPhone for Reggie Hudlin and Denys Cowan, both of whom were blown away. Denys is doing a cover, by the way — any ideas which one…? [Laughs].

Anyway, we talked about how that this initiative would likely be a lightning rod for a broader discussion about diversity in comics, and I said so be it, that’s a good conversation to have. The entire comic book industry benefits from greater diversity, my editors — who are very racially diverse, by the way — know that, and you’ll see that throughout the “All-New, All-Different Marvel” [initiative] that continues through February. I am very excited about the stuff we have planned — especially “The Totally Awesome Hulk” and “Black Panther.” Yes, Black Panther.

But some of the “conversation” in the comics internet community seems to have been ill-informed and far from constructive. A small but very loud contingent are high-fiving each other while making huge assumptions about our intentions, spreading misinformation about the diversity of the artists involved in this project and across our entire line, and handing out snap judgments like they just learned the term “cultural appropriation” and are dying to put it in an essay. And the personal attacks — some implying or outright stating that I’m a racist. Hey, I’m a first-generation Mexican-American…[Laughs]

Not to mention the casual disrespect that’s been shown to the artists involved in this. One op-ed was so lazily researched that when the writer was confronted with his litany of factual errors on Twitter, he apologized, saying he didn’t know that most of the announced artists are Black. Dude, you call yourself a journalist: Do a Google search! [Laughs] And when he learned that the “3 Feet High and Rising” homage he’d asserted was in bad taste was rendered by an African-American artist [Sanford Greene] and that Posdnuos [of De La Soul] himself, gave props to the cover on Twitter, [the writer’s] response was, “Well, to each his own.” [Laughs] Look, the divide between these critics’ response to this initiative and that of the outside world and, indeed, the hip-hop community they claim to speak for couldn’t be bigger. I actually feel sorry for them.

The response of the hip-hop community to these variants has been tremendous. All the major hip-hop sites are shining a spotlight on this, and social media outside of comics has exploded with excitement — which means we are talking to a new audience. We’ve revealed less than a quarter of our variant covers at this point, and already the hip-hop community is showering us with love — including the hip-hop artists themselves. I’m talking luminaries: Killer Mike [of Run the Jewels], Posdnuos [of De La Soul], the legendary DMC, the Pharcyde, Pete Rock, Nas — they’ve all expressed their excitement and joy on social media.

They get what’s going on here. Hip-hop has its roots in African-American culture. And part of the beauty of the music and culture is that it’s grown into a culture that spans the globe and unites people of all races. At its core, hip-hop is a Black art form. It was pioneered by African-American artists — and, of course, Hispanics — but the contributions of all races to hip-hop’s evolution into a global culture can’t be denied. The artists that are doing these homages — Sanford Greene, Damion Scott, Juan Doe, Mahmud Asrar, Brian Stelfreeze, Mike Del Mundo, Jason Pearson — span the globe and the color spectrum. And all of them bring love to this project. This isn’t just another assignment to them. I mean, have you seen Mike Del Mundo breakdance? [Laughs] 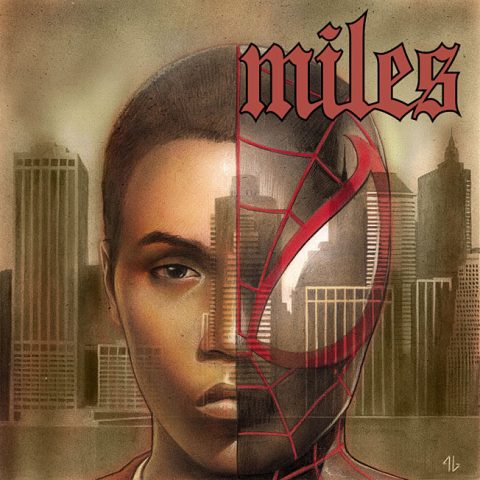 As an example of the hip hop community showing these covers love, Nas himself spoke with Mass Appeal about the above Miles Morales homage to his classic album Illmatic, saying:

I grew up on Marvel Comics. They helped open my imagination, expanded my love for illustrated art, and even helped me with my writing. This is a dream in real life. Now my 6-year-old son is a huge Spider-Man fan. He’s going to love this!

When I first heard about the hip hop covers, I loved the idea! And the more of them I saw, the more I loved. I grew up listening to hip hop, and while I’m not black – I’m Puerto Rican – hip hop very much influenced my childhood, and the person I’ve become as an adult. That’s the amazing thing about hip hop. Yes, it is a black art form, but it’s one that’s had an impact on cultures outside of that, and that’s an amazing thing! Comics covers can never take away from that – especially when those covers are drawn by black artists and praised by the hip hop artists whose music we cherish. There’s a difference between cultural appropriation and cultural exchange, and I’m sure that these covers will appeal to so many fans who grew up with both hip hop and comics, allowing them to bring their loves together in an awesome celebration!