High levels of boron in a Martian meteorite found in Antarctica could mean that life was once possible on Mars. 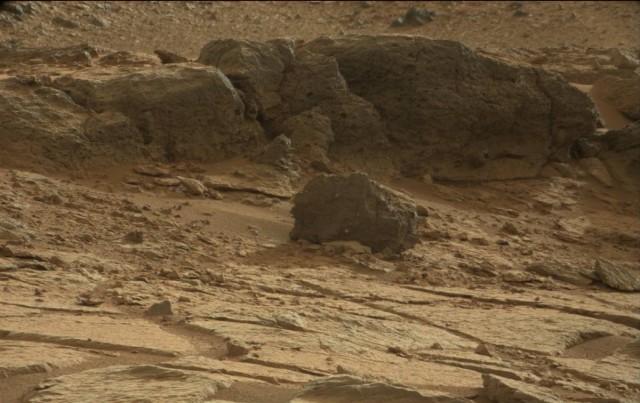 High concentrations of boron have been found in an antarctic meteorite of Martian origin by a team of researchers from the University of Hawaii at Manoa NASA Astrobiology Institute. That’s actually a lot more exciting than it sounds since boron was a pretty key ingredient to early life. Though they didn’t show evidence of life itself, the findings could further indicate that life may have once been possible on Mars.

The meteorite analyzed by the team was found in Antarctica back in the 2009-2010 field season. Its mineral and chemical makeup showed that it was certainly of Martian origin. The team had to first rule out contamination from Earth, but once they did they studied the meteorite’s clay veins and found they had ten times the amount of boron as any earlier meteorite. When boron oxidizes and becomes borate it can be a key factor in the formation of RNA and early life.

Postdoctoral fellow at UHNAI James Stephenson explains, “Borates may have been important for the origin of life on Earth because they can stabilize ribose, a crucial component of RNA. In early life RNA is thought to have been the informational precursor to DNA.”

Essentially, without borate there would have been no early life on Earth. Borate is fairly common here on Earth, but until now it’s never been found in abundance on another planet. The clay in the meteorite is believed to be up to 700 million years old. That’s older than any clay found on Earth — Thanks a lot, plate tectonics. Its age means the Martian clay could give us insight into ancient Earth, which is believed to have shared many characteristics with ancient Mars.

This has been an interesting look on the part that boron played in the ancient history of Earth and Mars, but we have it on good authority that boron in its molten form plays a pretty significant role in the future as well:

(via University of Hawaii, image via NASA/JPL-Caltech/MSSS)