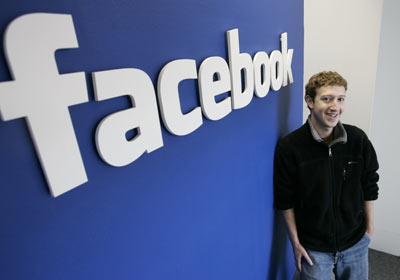 Up until now, Facebook has been pretty quietly anti-SOPA. Sure, they’ve been anti-SOPA from the start, but in a very reserved, quietly private way. They wouldn’t just up and tell you; you’d have to look into yourself. For instance, they were one of the Internet giants who took out that full page ad, and one of the ones who wrote that letter. They were even one of the companies reportedly considering the nuclear option. Nonetheless, they hadn’t public addressed users, until today.

Today, amidst the blackouts that took down Wikipedia and reddit, and took over Google’s signature Doodle, Mark Zuckerberg made a post on his wall explaining that Facebook is vehemently against SOPA and PIPA for all your standard reasons that people are against SOPA and PIPA. At the time of this writing, the post has 307,569 likes and 60,754 shares. Not bad.

Considering Facebook hasn’t blacked out or displayed any banners by now, it’s unlikely that they will, and considering their rather private opposition in the past, it’s not surprising. Still, at the rate Zuckerberg’s post is being shared and with the number of people who are replacing their Profile pictures with anti-SOPA imagery, it’s quite possible that Facebook is still one of the largest anti-SOPA information platforms without even displaying anything. Of course, it wouldn’t hurt if they did, and there seems to be no reason not to, but at least they are on the right side of the fight and not afraid to admit it.

The internet is the most powerful tool we have for creating a more open and connected world. We can’t let poorly thought out laws get in the way of the internet’s development. Facebook opposes SOPA and PIPA, and we will continue to oppose any laws that will hurt the internet.

The world today needs political leaders who are pro-internet. We have been working with many of these folks for months on better alternatives to these current proposals. I encourage you to learn more about these issues and tell your congressmen that you want them to be pro-internet.