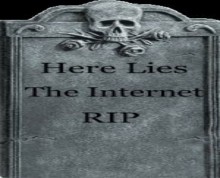 Yesterday, a group of nine of the biggest online companies took out a full page ad in the New York Times to voice their concern over two pieces of legislation in congress that could greatly affect the way America uses the Internet. In the letter, Google, Facebook, Mozilla, Zynga, eBay, Twitter, Yahoo, LinkedIn, and AOL ask that their point of view be heard regarding the Protect IP and the Stop Online Piracy Act.

In their ad, the companies say that though they support new tools to take down websites that solely provide copyright infringing activities, they are concerned that the legislation as it stands would greatly harm their ability to do business and would hamper the continued growth of a highly profitable sector of the U.S. economy. Specifically, they voice concern over the elimination of so-called “safe harbours” created by the Digital Millenium Copyright Act. This gave protection to companies that acted in good faith to remove infringing content from their services. 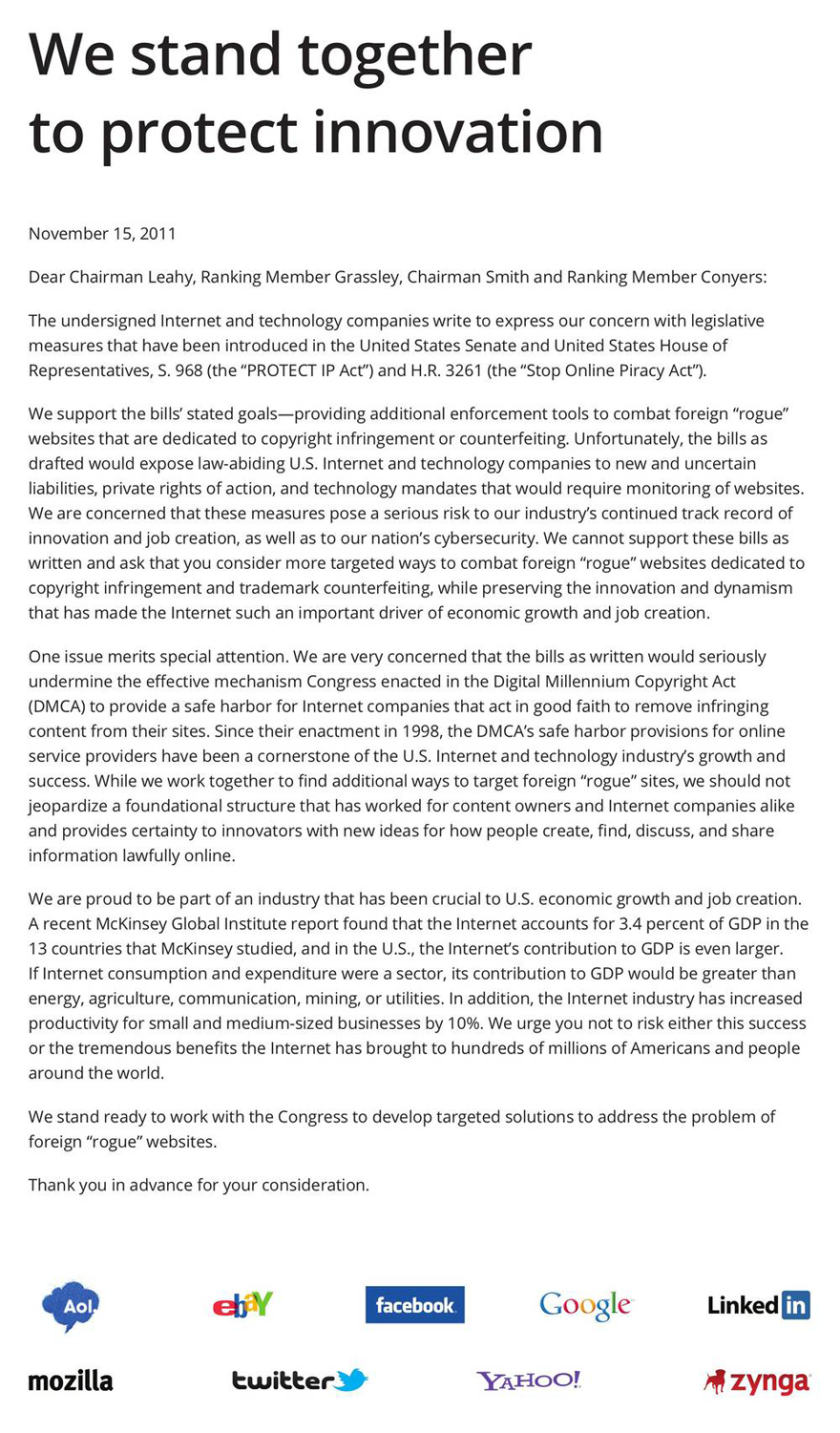