Mark Hamill Reminds FCC Chairman Ajit Pai That He’s No Jedi, No Matter How Many Cringey Videos He Makes | The Mary Sue

Mark Hamill Reminds FCC Chairman Ajit Pai That He’s No Jedi, No Matter How Many Cringey Videos He Makes

You're a Sith Lord 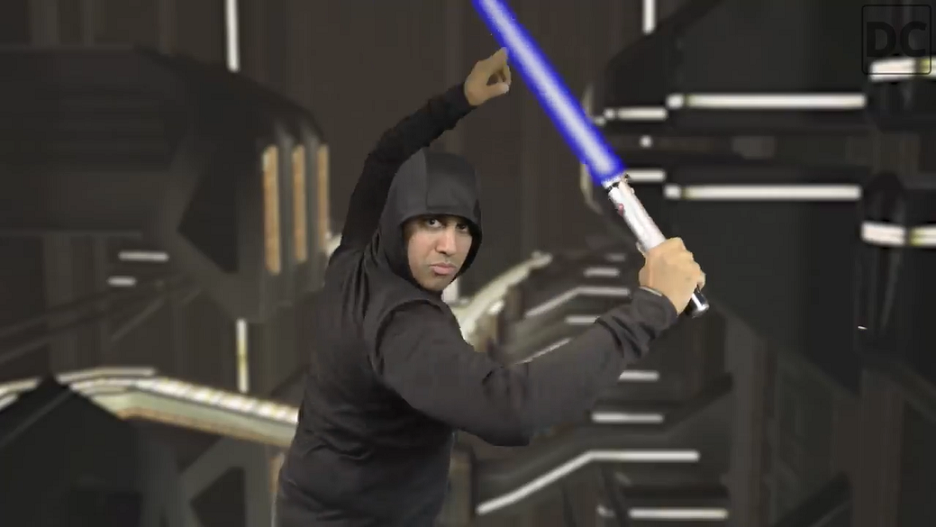 Federal Communications Commission (FCC) Chairman Ajit Pai recently posted a truly cringe-worthy video titled, “7 Things You Can Still Do on the Internet After Net Neutrality.” The video, produced in concert with The Daily Caller, is intended to make light of the very serious threats to our democracy, our privacy rights, and our media landscape that Pai has unleashed by ending net neutrality.

While it utterly fails to convince anyone that the FCC’s decision was in our best interest, this flippant and foolish video did succeed in giving me the worst case of second-hand embarrassment since I first watched Elf. Pai does the Harlem Shake like it’s still 2013, wields a lightsaber, and dresses up like Santa to remind us that he loves giving gifts to corporations.

After seeing the video, Mark Hamill was not impressed. He tweeted out to remind Ajit Pai that wielding a lightsaber isn’t what makes you a Jedi. “A Jedi acts selflessly for the common man,” he tweeted, “NOT lie 2 enrich giant corporations.”

Despite being the Chairman of the FCC, Pai was also accused of using the music in this video without permission. The video was consequently taken down from YouTube for approximately seven hours after DJ Baauer, the creator of “Harlem Shake,” filed a takedown notice. The video was later restored, since as a parody it falls under fair use.

Official statement re the use of “Harlem Shake” in Daily Caller’s video of FCC Chairman Ajit Pai: neither Mad Decent nor Baauer approved this use nor do we approve of the message contained therein. We have issued a takedown will pursue further legal action if it is not removed.

As with so many things in the Trump administration, this video was an embarrassment produced by a person whose actions serve corporations rather than American voters. I’m glad Mark Hamill called that out.