Mark Hamill Says the Force Awakens Ball Droid Is a Practical Effect He Got to Play With; We Are Jealous

Don't worry. We can always go back and replace it with CGI later. 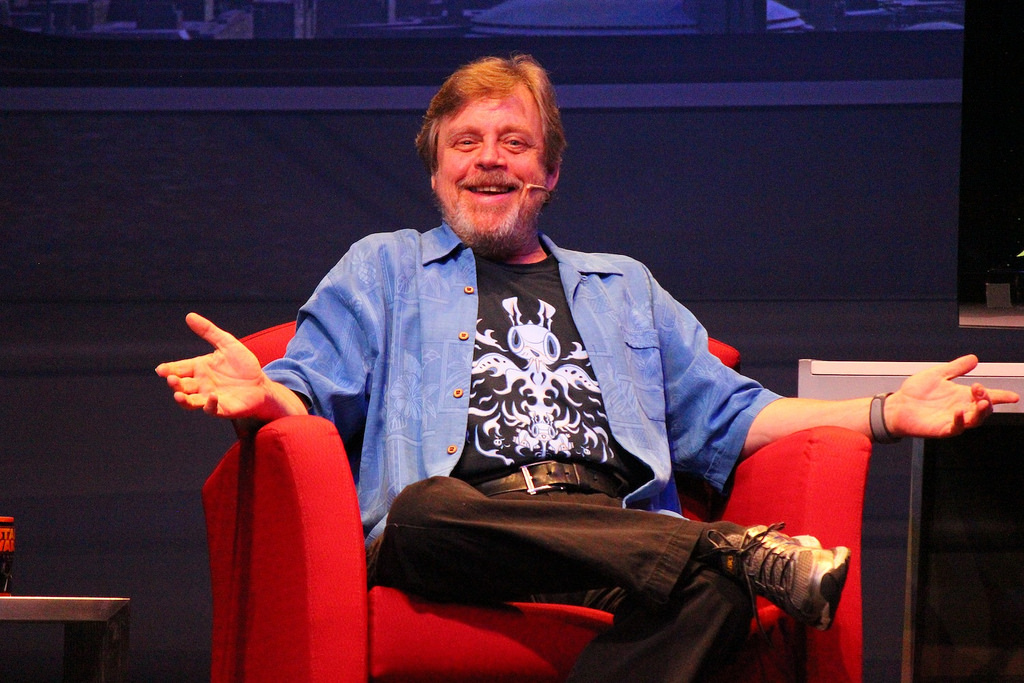 BB-8, also known as the “ball droid,” “rolling droid,” or “most adorable thing about the Force Awakens trailer” is a real thing that exists in the world, and that makes us so happy. That’s not the only thing Mark Hamill talked about in a recent interview, either.

Speaking to Yahoo Movies about his upcoming animated Elf role, Hamill couldn’t get away without fielding some Star Wars questions, because of course he couldn’t. He revealed that he got to drive the very real BB-8 all around the creature shop, and now I think I know what everyone will be buying for Christmas next year. He told them,

They never cease to amaze me with what they’re able to come up with, you know? I said, “How are you ever gonna top R2-D2, the most adorable droid in movie history?” And then they have this new one. I can’t even tell you his name, but you saw it in the trailer. And when they were demonstrating how they did this thing, live on set—because it’s not CGI, that’s a live prop—I was just amazed. They let me play around with it. [Laughs] I was running it all around at the creature shop up in Pinewood. I’m telling you, it’s an absolute delight. And not having thought that I’d ever go back there, to go back into that world, is just—I get the chills. It’s just so much fun.

And frankly, the droid effect looked so amazing that if this were lovable grump Harrison Ford talking, I’d just assume he was gaslighting us into thinking we can’t tell the difference between CGI and practical effects. Speaking of Ford’s grumpiness, Hamill was a bit nervous about jumping back into Star Wars and maybe thought Ford would bail everyone out:

Hamill: It’s too much pressure! You know, because I said to George, “Have you really thought this through? Because maybe it’s not such a great idea.” But I had a feeling, I said, “You know what—if there’s a weak link, if Carrie [Fisher] or Harrison [Ford] decides they don’t want to do it, there’s an out. Because it’s all or nothing. It should be all of us or none of us.” So I was ready to go either way. And now that we’re all in, we’ll see what happens.

Yahoo: You thought Harrison would give you an out, didn’t you?

Hamill: Well, you know, he was someone that was unpredictable. I hadn’t seen him in years; I didn’t know what his feelings were. I know he’s sometimes grown impatient with people that don’t want to focus on what he’s doing currently and want to go stroll down memory lane. God knows, I’m used to that sort of thing. But who knew? And for him to jump back in so enthusiastically, I was delighted. It’s a wonderful character. Everybody loves Han Solo.

Indeed everyone does, and Han Solo knows. Of course, Hamill also had to comment on the “gravitas” of his Jedi beard:

That is what I call my contractually obligated beard. Listen: I think they look fine on other people. It’s just not me. I mean, I never got used to it. But face foliage is almost a part of the costume. And it does bring a gravitas, perhaps unearned, but nevertheless, it makes a statement that they wanted to make, and I’m more than happy to oblige them.

But as excited as we all are to see the original Star Wars characters back in action—come on, how much did you flip out when the Falcon showed up in the trailer?—the upcoming trilogy is still about new characters moving the story forward. Hamill said,

This is about the new generation of characters; I think that’s the most important thing. It’s the opening act of a whole new approach to the storytelling. So I never thought that the stories would be—first of all, I never thought I’d be involved in it again, period. And then when George [Lucas] said that they wanted to do more, I rightly assumed that it wouldn’t be our story, because we had a beginning, a middle, and an end. This must be our offspring and the current generation, with us there lending the kind of support that Peter Cushing and Alec Guinness did in the original. So no, [the trailer focusing on new characters] didn’t surprise me. And I mean, I’m one of those people where I just think, “Keep me out of it. I’ll ruin it, I’m sure!” [Laughs] I’ll show up and just ruin the whole thing.

As far as I’m concerned, he can ruin Star Wars any time—although it sounds like he may have gotten himself confused with Jar Jar.

(via /Film, image via Ricky Brigante)