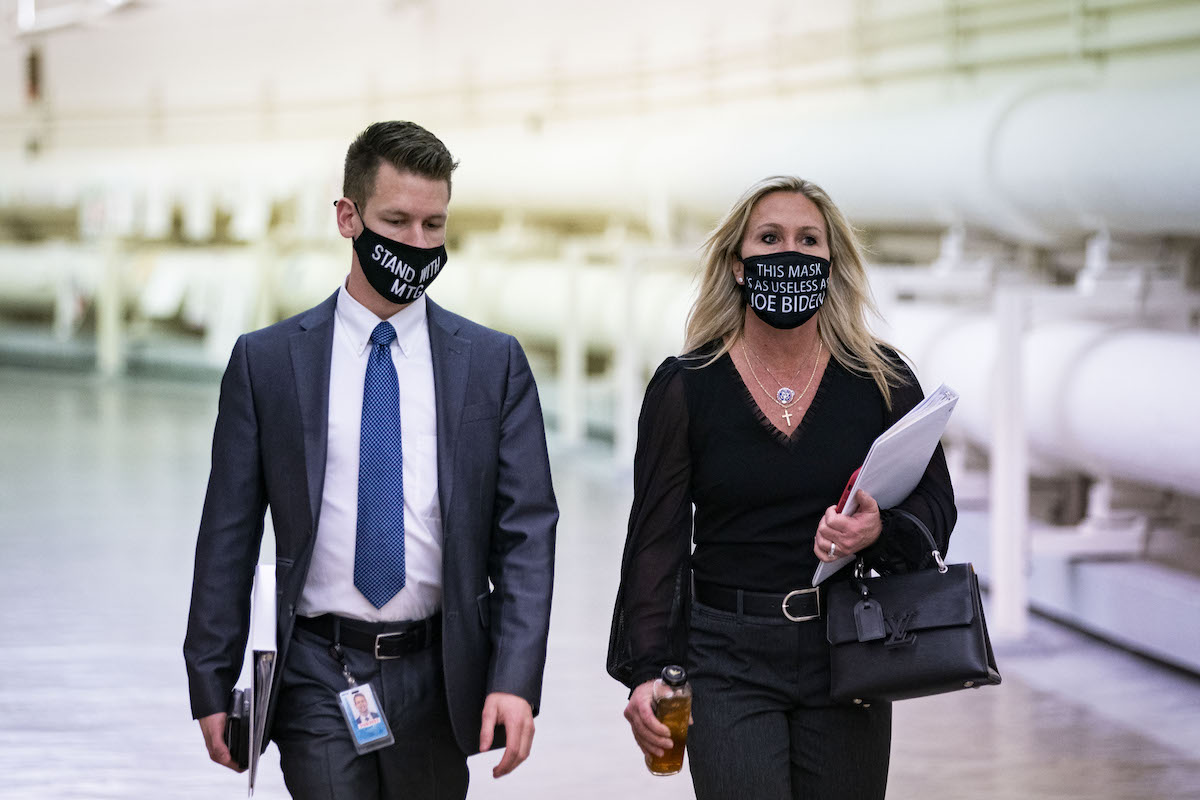 Twitter gave us all a New Year’s gift by finally banning the personal account of Rep. Marjorie Taylor Greene.

The social media platform operates on a strike system—one that’s far more lenient than any game of baseball, as it takes five or more stikes to be deemed permanently out.

Greene has repeatedly violated Twitter’s terms of service. In January, she was part of the great QAnon purge, where the site disabled accounts promoting the conspiracy theory (as she frequently has) as a violation of their “civic integrity” policy. In August, Greene earned a seven-day ban for posting misinformation about the COVID-19 vaccine.

This new permanent ban is also for COVID misinformation—specifically, for tweeting about “extremely high amounts of Covid vaccine deaths.”

Twitter confirms to me that Marjorie Taylor Greene has gotten up to 5 strikes on its Covid-19 misinformation policy. She’s not coming back. pic.twitter.com/tSlBtMFmGB

Greene has long made it known how much she hates masks, vaccines, and pretty much anything designed to mitigate the spread of COVID-19. She’s compared mask mandates to the Holocaust, introduced legislation to reduce Dr. Anthony Fauci’s salary to $0 and another bill to stop businesses from “discriminating” against the unvaccinated, and has repeatedly been a giant baby about having to wear a mask to work.

In a statement posted to the messaging platform Telegram, Greene said “Twitter is an enemy to America and can’t handle the truth.” She also said “it’s time to defeat our enemies,” which is a pretty alarming thing for a sitting member of Congress to say about a company.

Nothing happened. I protect you from the government, not from Twitter. And I protect Twitter from being forced to carry the speech of US politicians. pic.twitter.com/ittD2A9fc0

We’ll see if that changes now that it’s become her sole account on the site, or if she’ll be keeping all her worst takes on Parler or Gettr or whatever her far-right platform of choice may be.