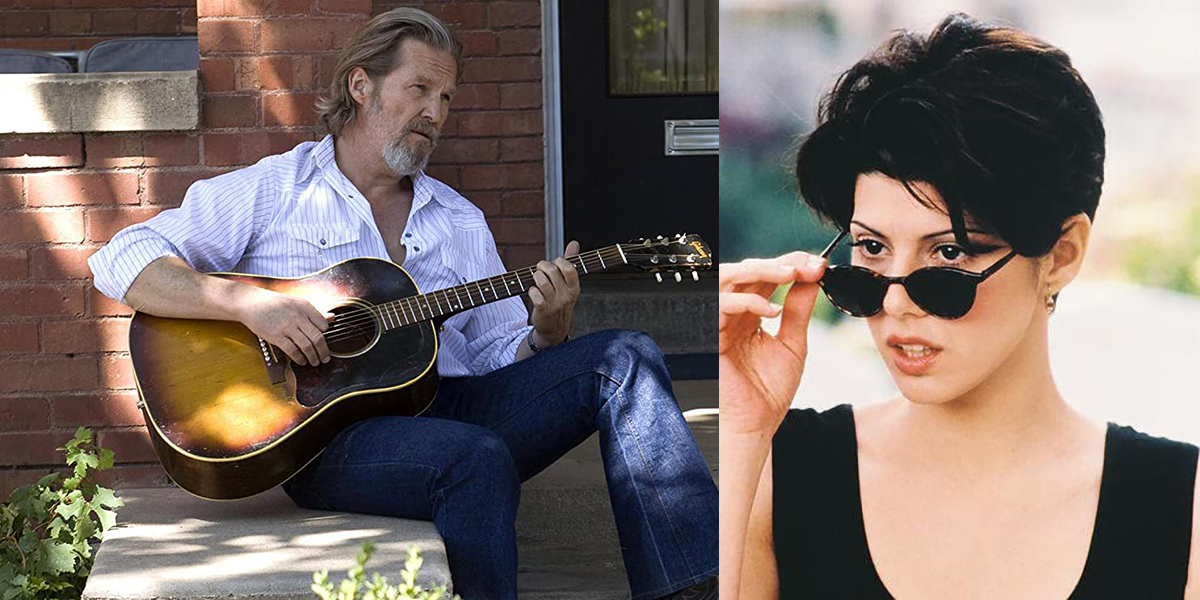 December 4th must be an auspicious day in the stars, because both Jeff Bridges and Marisa Tomei were born today! A wonderful time for me and for humanity at large. This here is a celebration of them, both because out of all the celebrities I love in this world, my appreciation for both Bridges and Tomei is special and … oddly familial to me.

Mainly because I want to be Marisa Tomei when I grow up, and Jeff Bridges is my father.

Looking at their work and the energy they both bring into the world, it isn’t a shock that they’re both beloved, and even by many people who are not me. First, let’s focus on Jeff Bridges.

The Dude himself, Bridges has a lauded career spanning decades, but it is his carefree nature and willingness to go with the flow that makes so many flock to him. Recently, he revealed he was diagnosed with cancer and as the well wishes rolled in, he continued to be the Dude we know and love. But the thing about Bridges that is so captivating is that, from what I can tell, he’s exactly the kind of man you think he’d be.

Laid back, ready to chill and talk about music, and just a fun guy to talk to. All of those interviews confirming that fact delights me, because I’m pretty sure I would do anything Jeff Bridges asked me to. Like I’d probably steal a car for him because I’d think he’d be doing something cool with it. He’s the cool dad.

And then there is Marisa Tomei. As a young Italian-American girl, I grew up wanting to be Marisa Tomei, who was so proudly and vibrantly Italian-American onscreen. I still am growing up, wanting to be Marisa Tomei. She’s fun, vibrant, doesn’t take her life too seriously (if her Instagram has anything to say about it), has a fascinating career, and is ready to fight for justice in the world—and it makes me proud to look up to someone like her. It was always a tie between her and Carrie Fisher and I would like to think I’m slowly becoming both of them—at the very least, I try to make them both proud. (I did see Marisa Tomei once AT an event FOR Carrie Fisher so like … this all checks out in my head.)

Happy birthday to two people who brought me joy throughout my years. You both dedicated your life to creating excellent art and I truly do not think there are two better artists I’ve been happier to cling to. December 4th is a pretty rad day if you ask me (and if you also share a December 4th birthday, you’re included in my love).

My suggestion for you all reading this? Go watch Only You for Marisa Tomei and Crazy Heart for Jeff Bridges. Two of my all-time faves. (Side note, if either of you read this and would like to adopt me, I’m sure my parents would understand.)