Marion Cotillard, who are you in The Dark Knight Rises? I know that casting sheet says you’re Miranda Tate, Wayne Enterprises board member who’s trying to help Bruce Wayne become a successful philanthropist like his father.

But we all know that Christopher Nolan would not have hired you, an Oscar Award winning actress, to play a bit character who only interacts with half of Christian Bale’s character. Just like he wouldn’t hire Joseph Gordon-Levitt to play a cop that shows up in two scenes. No: both of you are obviously going to have major roles. And that’s not even the end of the evidence that lies before us!

Because we know that the movie is going to bring Ra’s al Ghul, and the characters and organizations he is connected to, back into Nolan’s Batman story. Josh Pence has been cast as “Young Ra’s al Ghul.” It’s also rumored that Joey King, a young actress, is going to be playing “Young Talia al Ghul.” One much more credible rumor even had Liam Neeson on set for a day to film a scene. 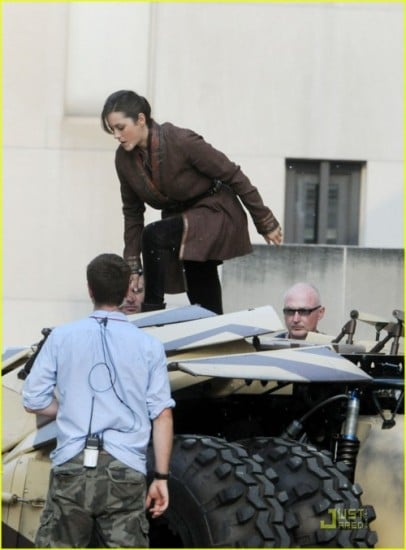 Goddammit. What is going on in this movie?